A Decade Later, This is the 500-Page Creationism Book a Public School Biology Teacher Gave His Students March 18, 2014 Hemant Mehta

A Decade Later, This is the 500-Page Creationism Book a Public School Biology Teacher Gave His Students

For 15 years, high school biology teacher Larry Booher gave his Biology 2 students an extra credit assignment. All they had to do was read a 500-page book that Booher had compiled from a variety of sources… all of which pointed to Creationism as the way we came to be. It was awful science to begin with, but the fact that a public school teacher was advocating it made it completely illegal.

In all that time, no one complained about the book. Why not? Maybe because John S. Battle High School was in Bristol, Virginia and pretty much everyone you knew was a Christian. But that shouldn’t have mattered.

In 2005, administrators in the district received an “anonymous tip” about what Booher was doing. Ultimately, they forced him to stop distributing his book. And that was it. A slap on the wrist. He continued teaching for several years before finally retiring. 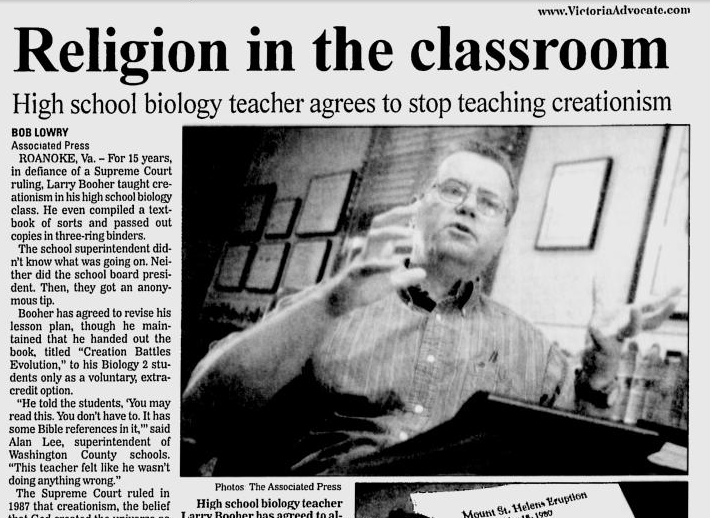 “He told the students, ‘You may read this. You don’t have to. It has some Bible references in it,'” Washington County School Superintendent Alan Lee said Thursday. “This teacher felt like he wasn’t doing anything wrong.”

The superintendent declined to say what punishment, if any, Booher would face, calling it a personnel matter. But he said the 48-year-old Booher was “one of the finest science teachers I’ve ever been around” and would return to the classroom in the fall after he agreed to stop distributing the creationism materials.

“He must teach evolution exclusively — observable scientific fact, not beliefs or religion,” Lee said. “I fully believe he will comply. He just stepped over the line.”

Keep in mind: this all happened just months before the verdict in Kitzmiller v. Dover Area School District, a case about teaching Intelligent Design in public schools. Creationism was a major topic of discussion and the Associated Press story about Booher (along with similar reports) made the rounds throughout the media.

So why do I bring all this up now?

Because I’ve been in contact with the “anonymous” tipster who outed Booher in 2005 — and I now possess a scanned copy of the 500-page Creationism booklet.

The whistleblower, a regular commenter here who goes by the username “Pluto Animus,” told me how all of this happened:

… when a coworker told me he was in possession of a homemade anti-evolution textbook that had been given to students of a public school science teacher, I wasn’t sure who to tell about it.

After my friend gave me the book, I knew I had to do something about it.

It contained many of the most dishonest, factually-challenged, and intellectually faulty arguments against evolution that are popular with fundamentalist Christians. In sheer volume, it overwhelms the reader with one shamelessly misleading and deceptive assertion after another, for literally hundreds of pages.

My friend had borrowed the book from a friend of his who had graduated from John Battle High and had been in Mr. Booher’s science class. He had failed to return it to her, and she no longer lived in the area, so he gave it to me when I asked him for it.

I called the school; Mr. Booher still taught science there. Then I called the news media.

I contacted a reporter at the local daily newspaper, The Roanoke Times. I told her about the book and asked that she look into it. I also asked that she not reveal my identity as I did not want the public to focus on the “outsider” who was hurting their reputation by telling the truth about their science teacher, but instead to scrutinize the actions of the teacher himself.

A couple weeks later, the story appeared in the Times…

Booher admitted to the reporter, and later to the school board, that he had indeed printed and distributed the book.

If the Friendly Atheist blog (or many other similar blogs) had existed a decade ago, it would have been much easier to get the story out; the hardest part was convincing the reporter that the story was newsworthy. And the school would have felt a much stronger direct pushback from members of the atheist community calling and writing to school to protest Booher’s actions.

Here was a science educator, paid with government funds, secretly, consciously subverting his own role as an educator by supplying his students with systematic falsehoods and brazenly dishonest arguments. Here is an alleged role model, who sets an example for the young people he teaches by breaking the law.

This disgraceful book may yet help educate students, by presenting an encyclopedia of bad reasoning, unsound arguments, equivocation and dishonesty.

Below are a few screenshots from the book — which you can download here for the first time. It’s unbelievable how Booher could (supposedly) teach real science in the classroom while quietly encouraging kids to ignore everything he was saying in favor of the biblical explanation.

Why make this book available now? Because it’s possible there are other teachers out there doing the same thing Booher did — quietly pushing Creationism in the science class even though the law doesn’t permit it. If you’re a student in one of those classrooms, all you have to do is notify the media, or a church-state separation group, or the National Center for Science Education, or even me, and we’ll help put a stop to it (maintaining your anonymity if you’d like). 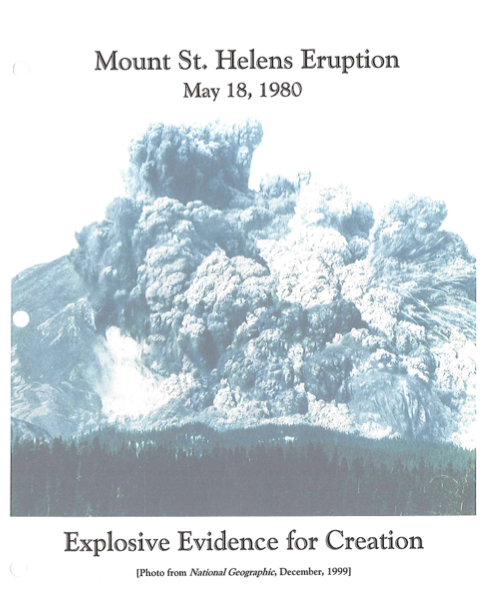 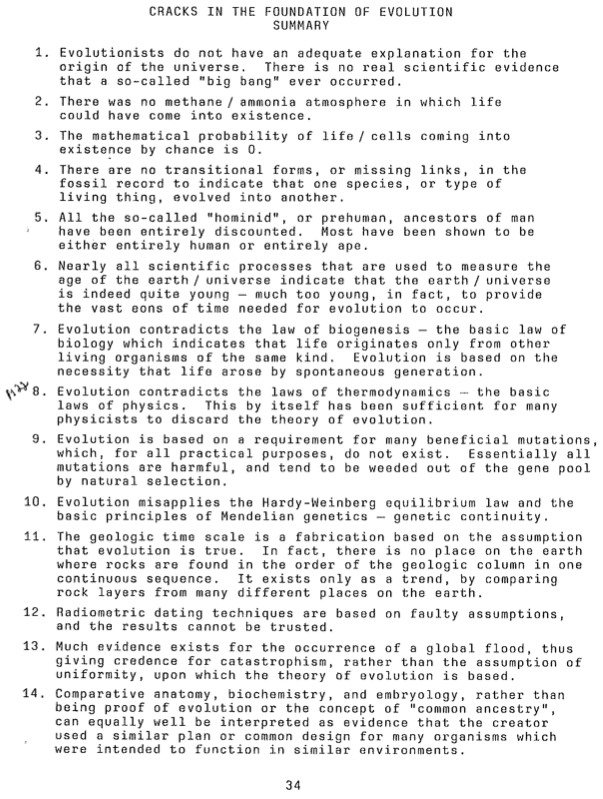 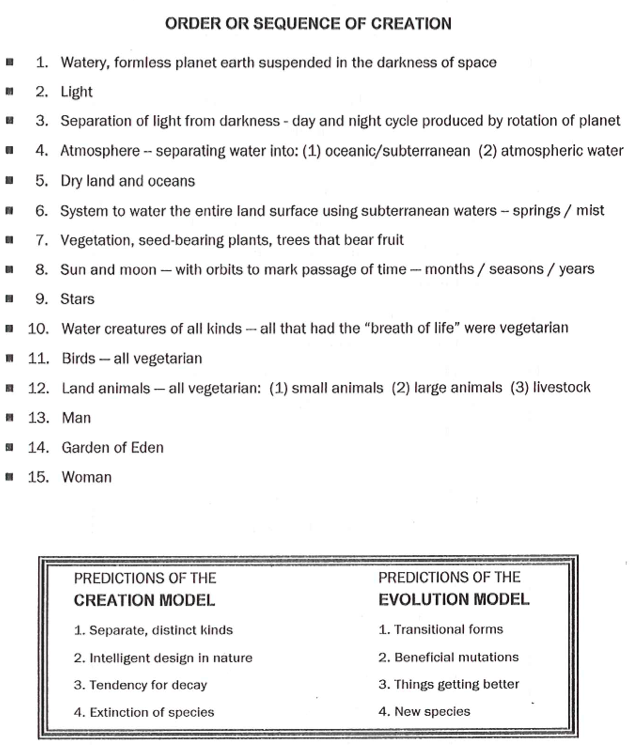 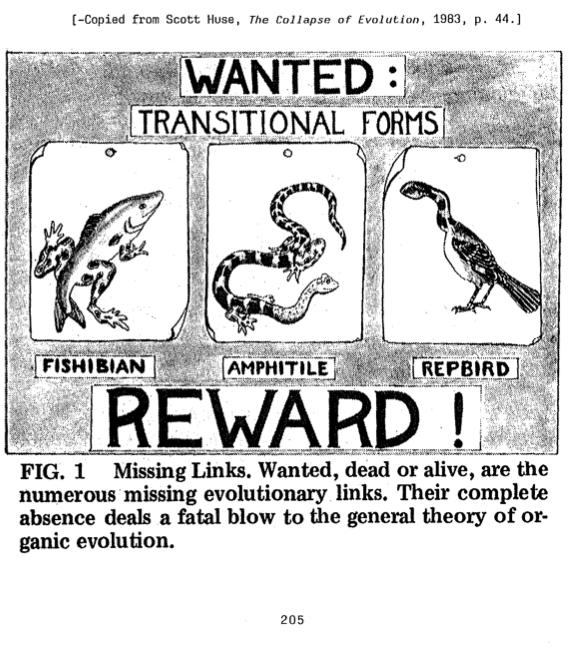 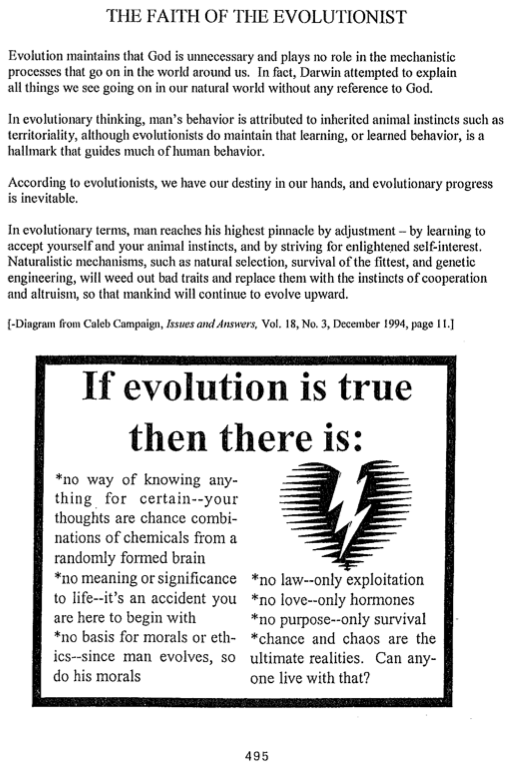 March 18, 2014
Bryan Fischer: God is Keeping Bill Maher Alive to Give Him a Chance to Repent
Next Post