When Someone Casts Doubt, Is Death the Appropriate Punishment? March 17, 2014 Terry Firma

When Someone Casts Doubt, Is Death the Appropriate Punishment?

There’s an interesting discussion about Christian forgiveness going on at the Patheos blog Formerly Fundie, in the wake of pastor Mark Driscoll‘s purported apology for being an angry, manipulative dick. After a bit of thread drift occurred, this comment from a Donna L caught my eye:

If I believe that Jesus is the only true pathway to God (and I do), then causing someone to reject Jesus is real hurt. Jesus said it would be better for such a person to have a millstone put around their neck and be cast into the sea. 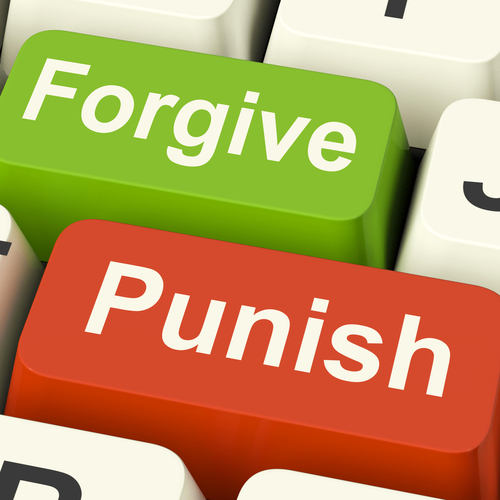 Ah, yes, Luke 17:2. That’s always a good verse, especially in the context of a discussion about forgiving!

Through e-mails and comments at Friendly Atheist, I know that Hemant’s articles and my own have played a part in starting a number of Christians on the path to doubt and, eventually, non-belief. (Horrible, I know.) So what Donna would like to see happen to your poor hosts is, apparently, the divine justice of having a millstone placed around our necks and cast into the sea.

But in a loving manner, of course.

The other way around, when non-believers repent and become Christians, you know what happens? The worst we’ll do is roll our eyes. Then we’ll wish that person best of luck (OK, maybe the cynics will crack a joke or two once he or she has left the room).

I wonder which approach Donna considers the more moral one.

March 17, 2014
Muslim Couple in London Goes to Jail in Incitement Case Against 'Kaffir'
Next Post