Canadian Pastor Tells Congregation Not to Vaccinate Their Children… and Surprise! Now There’s a Measles Outbreak

There’s a measles outbreak in parts of Canada, leading government officials to urge citizens to get vaccinated. I wonder why people aren’t vaccinated… wanna take a wild guess? 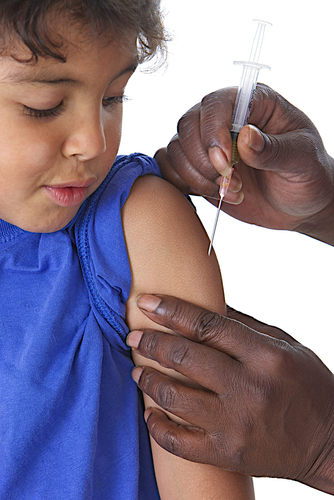 Canada has a vaccination rate of approximately 95 per cent, although there are regions where that number has fallen well below 50 per cent. Complacency, fear and religious beliefs have all played a role.

… Two students from the Mount Cheam Christian School in Chilliwack contracted the disease and were sent home — but not before exposing others. More than 100 students are suspected of having the disease. School officials shut the school a week early for March break. Chilliwack is located in the “Bible belt” of the valley, where members of the Reformed Congregation of North America do not believe in vaccinations.

“Members of our congregation do not believe vaccinations are safe,” Rev. Adriaan Geuze told the CBC. “They are worried about administering vaccines to our children and vaccination does not automatically mean you are immune to the disease.”

That’s like saying wearing a helmet won’t completely protect you from a head injury… so what the hell, let’s just skip it altogether! (Oh dear god, do these people know to wear condoms?) Vaccines are effective. We know they’re effective. We know that in areas where people are vaccinated, they don’t see these sorts of outbreaks.

It’d be one thing if these families were only hurting themselves, but they’re not. By not getting kids vaccinated, they put the rest of their community in danger, too. As Sean McGuire points out (emphasis his):

These children of these religious parents, are completely vulnerable to the virus. This is just as bad as faith-healer parents who withhold needed medical treatment from their children. However, the strongly held religious beliefs of these parents are also putting other children and elderly people at risk.

The pastor for the community at the centre of the Fraser Valley measles outbreak says he sees vaccines as an interference with God’s providential care.

Rev. Adriaan Geuze says his 1,200-strong Reformed Congregation of North America in Chilliwack mostly shares that view, which is why vaccination rates in the community are “very low.”

“We leave it in (God’s) hands. If it is in his will that somehow we get a contagious disease, like in this case the measles, there are other ways, of course, to avoid this. If (we get sick), he can also heal us from it,” he said in an interview Friday.

Yes, there are ways to avoid this! It’s called a $%*&#@ing vaccine! Maybe God can just whisper that into his ear one night…

Asked if he actively advises his congregants not to vaccinate their children, Geuze responded: “Of course I openly express my own point of view according to the Bible, absolutely. But it’s not that we force them. It’s through their own conscience that they have to act,” he said. “They expect that from me, that in a clear way I lay it all before them.”

Must be part of that biblical dictate that parents ignore sound science out of ignorance and gullibility. We often joke that pastors damage the minds of their congregation, but this pastor is putting his congregation at physical risk. By his logic, his congregation shouldn’t wear seat belts, either because dying in a car crash would just be part of God’s Will. And forget life jackets when you’re swimming. And who needs oven mitts to handle hot items? Sunscreen? That’s for heathens. While you’re at it, kids, go ahead and run with scissors. Nothing bad can happen to you unless God wants it to happen, so to hell with any precautions.

March 17, 2014 Muslim Couple in London Goes to Jail in Incitement Case Against 'Kaffir'
Browse Our Archives
What Are Your Thoughts?leave a comment