A 700 Club viewer named Michele revealed that soon after she’d watched a horror film, she got into a traffic accident. And she wondered:

“Did watching a creepy movie cause a curse, or the Lord’s protection to be lifted from me? Did I grieve the Holy Spirit?”

Host Pat Robertson wouldn’t be surprised if that’s exactly what had happened to Michele, he said. 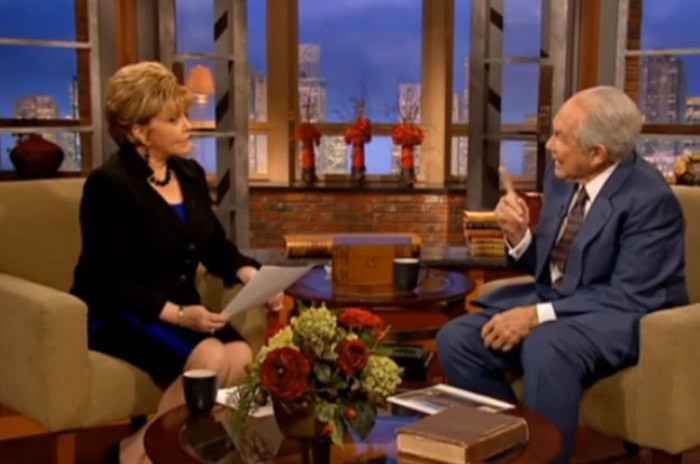 “A few years ago I heard about a teenage girl who was demon-possessed, and people began to deal with the demon and try to cast it out. And you know what the demon said? ‘I had permission.’ And the permission was granted when this child had gone to some double-X-rated movie, or whatever it was, and had allowed this thing to come into her. I know it sounds kind of otherworldly, but that’s the way it is.”