Greg Candelaria Is Very Important to God, Unlike the 239 People Who Were On the Ill-Fated Malaysian Flight March 12, 2014 Terry Firma

Greg Candelaria Is Very Important to God, Unlike the 239 People Who Were On the Ill-Fated Malaysian Flight

Greg Candelaria didn’t get on the Malaysian airplane that disappeared with all crew and passengers now feared lost. He was too tired from previous trips and decided to cancel his ticket.

The Houston-based IBM worker calls the fact that he’s alive the “providence of God”:

“The very grace of God and nothing more. It wasn’t a coincidence — it was by design.” 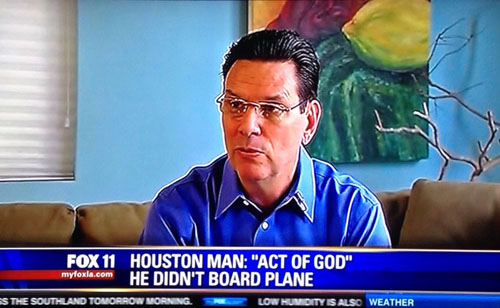 One of Candelaria’s co-workers wasn’t so lucky. Fellow IBM employee Philip Wood, 50, was one of three Americans on the flight.

Redditor laydownlarry put it all in perspective:

***P.S.:*** In related news, the government of Malaysia has invited a witch doctor to help track down the missing plane.