‘Black Jesus,’ a Series About the Messiah Living in Compton, Will Soon Premiere on Adult Swim March 12, 2014 Hemant Mehta

‘Black Jesus,’ a Series About the Messiah Living in Compton, Will Soon Premiere on Adult Swim

Here’s how I know I’m getting old: I remember “The Boondocks” when it was still in newspapers. 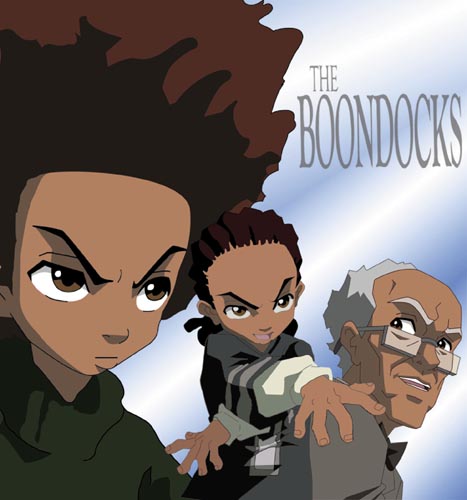 Aaron McGruder, the creator of the hilarious political/racial comic strip and cartoon series, will soon launch his latest project on Adult Swim and it looks like it should be pretty uncontroversial:

The new half-hour live-action scripted comedy finds Jesus living in present-day Compton, Calif., on a daily mission to spread love and kindness throughout the neighborhood with the help of his small but loyal group of downtrodden followers.

Black Jesus will premiere this year. A specific date and episode count have not yet been determined.

Sounds downright pleasant, though given McGruder’s sense of humor, it sounds like a project that’ll appeal more to atheists than Christians.

March 12, 2014
Anecdotes of a Church Being Changed (Maybe) by Pope Francis
Next Post

March 12, 2014 Religious Exemption from Healthcare Law Overwhelmingly Passes the House... and That's Bad
Browse Our Archives
What Are Your Thoughts?leave a comment