In Oregon, Students Are Skipping Math Class to Learn About the Bible March 11, 2014 Hemant Mehta

In Oregon, Students Are Skipping Math Class to Learn About the Bible

There’s a law in Oregon — it’s been around for decades — that allows public school students to skip classes for up to two hours a week (or five if they’re in high school) in order to get “instruction in religion.”

PREP4Kids is one of those indoctrination programs. They even provide a shuttle to take kids, in one case, from Banks Elementary School to Banks Community United Methodist Church… because who needs to learn about math or reading when you can learn about Jesus and Genesis? 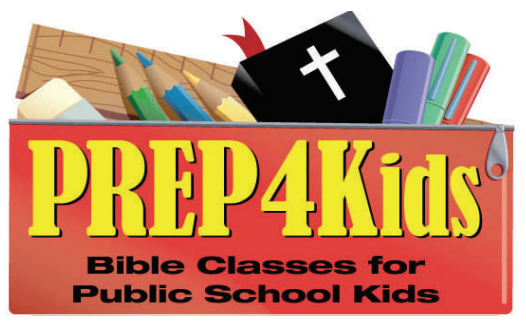 It’s something she enjoys learning about, said 10-year-old Ashley Coon.

“I like it because I’m learning about God and how He made the world,” she said.

The group in Banks is among the largest in the program said Judy Busch, executive director of PREP4Kids. About 40 students from Banks Elementary School in grades one though six participate, along with some homeschooled children.

Busch adds that the “program is non-denominational Christian and doesn’t teach church doctrine” but let’s be clear: Their own website makes it very clear that students are being indoctrinated into the faith: 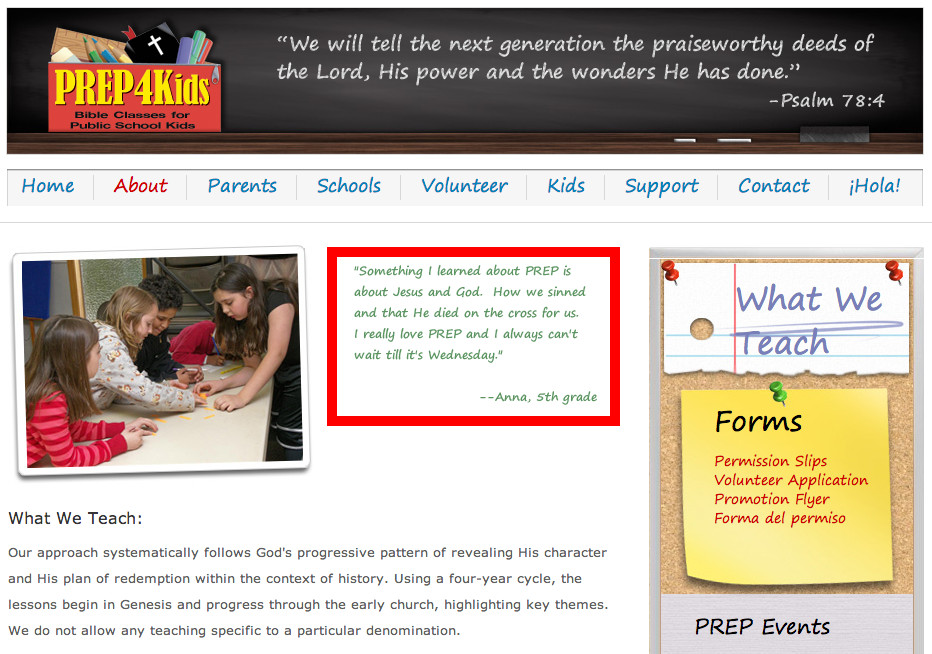 So there you have it: These kids are learning myth instead of math.

Both the schools and the churches involved say that students are required to make up any missing work… but as a teacher, I’ll tell you that I have individual students miss class for field trips all the time. Those who have to play catch up almost never learn the material as well as those who sat through class. To have them miss the same class every week? It’d be a disaster. And to have several kids missing from my classroom at once? I wouldn’t be able to do my job properly — how could I move forward in a chapter on subsequent days when so many kids are stumbling on earlier sections? The program may not be school-sponsored, but the schools are definitely affected.

You have to wonder what these parents are thinking who enroll their kids in the program. Religious parents already have the option of teaching their children about the Bible themselves or enrolling them in Sunday School; who thinks it’s a better option to remove their elementary school children from general education classes in order to indoctrinate them? It’s just an awful idea.

There’s no reason these classes can’t be held before or after school. Or on weekends. Or never. But trying to get legislators to change a law that’s been in the books for decades is a tall order and they’re unlikely to budge.

(Thanks to Jayne for the link)