So far, Hank Campbell, the founder of the Science 2.0 website, is not too impressed with ‘Cosmos,’ the 13-part documentary presented by Neil deGrasse Tyson and executive-produced by Seth MacFarlane that launched last night. 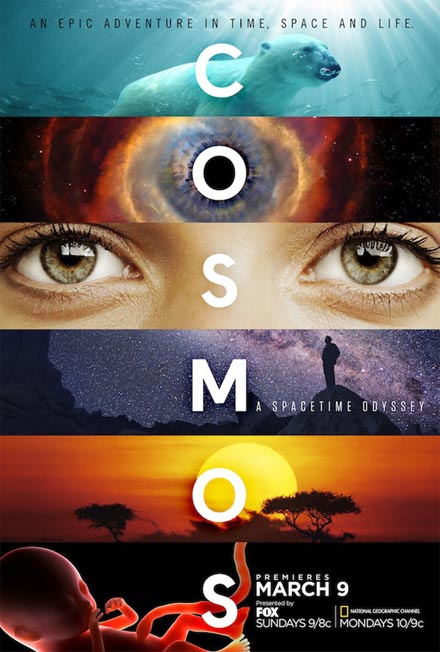 Campbell received an advance review copy of only the first episode, “Standing Up In The Milky Way.” If that episode is any guide, Campbell huffs, the people behind Cosmos

It starts out well. Tyson tells us we are going to explore the very large and the very small and then he flies us through space, a lot like he does in his brilliant Hayden Planetarium show. We get rogue planets, distant suns and 100,000 light years of context in just a few minutes.

Then suddenly we get a claim that Giordano Bruno is responsible for the concept of the universe — because he read ‘banned’ books. Lucretious wasn’t science — there was no scientific evidence for his claim that wind caused earthquakes or worms spontaneously generated — it was philosophy, and his book was not rare in 1600 AD, people were also not martyred for reading it, and yet we get told a philosophical belief in infinity was what got Bruno into trouble.

It’s an immediate disconnect for people who know science history because it smacks of an agenda.

There’s a whiff of pedantry in Campbell’s post, considering that he pans the whole thing based solely on the Giordano Bruno gaffe (if that’s what it is). Campbell might have been more convincing if he made the case that there’s a pattern of misinformation that mars Cosmos, but.. no dice.

As a Hulu Plus and Netflix customer, and not having a cable or a satellite subscription, I haven’t yet seen the episode in question, but I find it hard to imagine that Bruno’s story was given substantial screen time, especially when viewed in the context of 13 hours of programming. Besides, Bruno is arguably an interesting footnote in science history, and he most assuredly was burned alive for his views.

Yes: Mistakes may be criticized, and it may be useful to have evidence of an “agenda,” as Campbell alleges the team behind Cosmos does.

Then again, Campbell pretty clearly has his own ideas to push. For instance, he is the co-author of 2012’s Science Left Behind: Feel-Good Fallacies and the Rise of the Anti-Scientific Left, which Booklist cautioned readers about:

The authors spend a fair amount of time at the outset of this unsettling book explaining that they don’t have a political agenda, but the book’s subtitle, combined with its stated purpose — “to inform you about a disturbing trend among highly influential progressive activists who misinterpret, misrepresent, and abuse science to advance their ideological and political agendas” — might lead some readers to conclude otherwise.

I look forward to eventually watching all episodes of Cosmos, and I expect that, over time, the series will hold up better than Campbell’s carping does.

March 10, 2014
A Response to a Homophobic Christian Rap Song
Next Post

March 10, 2014 Purdue University Allows Donor to Cite 'God’s Physical Laws' in Plaque Description
Browse Our Archives
What Are Your Thoughts?leave a comment