The Darren Aronofsky-produced “Noah,” with its depiction of the divinely inspired deluge and the building of an ark that saves surviving species, is the target of a fatwa issued by Al Azhar, a leading Sunni Muslim institution. 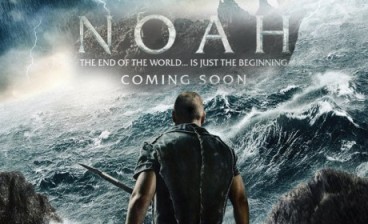 The fatwa, which is an Islamic ruling by religious scholars that is binding on believers, came amid ongoing controversy in Egypt regarding movies and television productions that depict prophets mentioned in the Koran, the Muslim holy book. Noah is among them.

“Such productions contradict the higher stature of prophets and messengers, and affect the constants of Islamic law,” said a statement by Al Azhar’s Highest Scholars Committee in calling on Sunni Muslims to not attend the film. “They also provoke believers’ emotions.”

Noah is scheduled to open in Egypt and other countries across the Middle East at the end of March. Previous objections against Hollywood blockbusters deemed blasphemous came from Coptic Christians in Egypt. While The Passion of the Christ was shown without incident,

The censorship board had previously succumbed to pressures from the Egyptian Coptic Church’s objections to releasing The Da Vinci Code, and the movie was eventually barred in Egypt.

An outright ban on Noah is already in place in Bahrain, Qatar, and the United Arab Emirates, on the grounds that the movie “contradicts the teachings of Islam.” The studio, Paramount Pictures, says it expects the film to be outlawed in other Arab countries too, including Kuwait and Jordan.

March 10, 2014
Is Atheism Rational? A New Book Attempts to Refute That Idea
Next Post