What Are (Some) Christians Saying About ‘Cosmos’ on Twitter? You’ve Been Warned… March 9, 2014 Hemant Mehta

What Are (Some) Christians Saying About ‘Cosmos’ on Twitter? You’ve Been Warned… 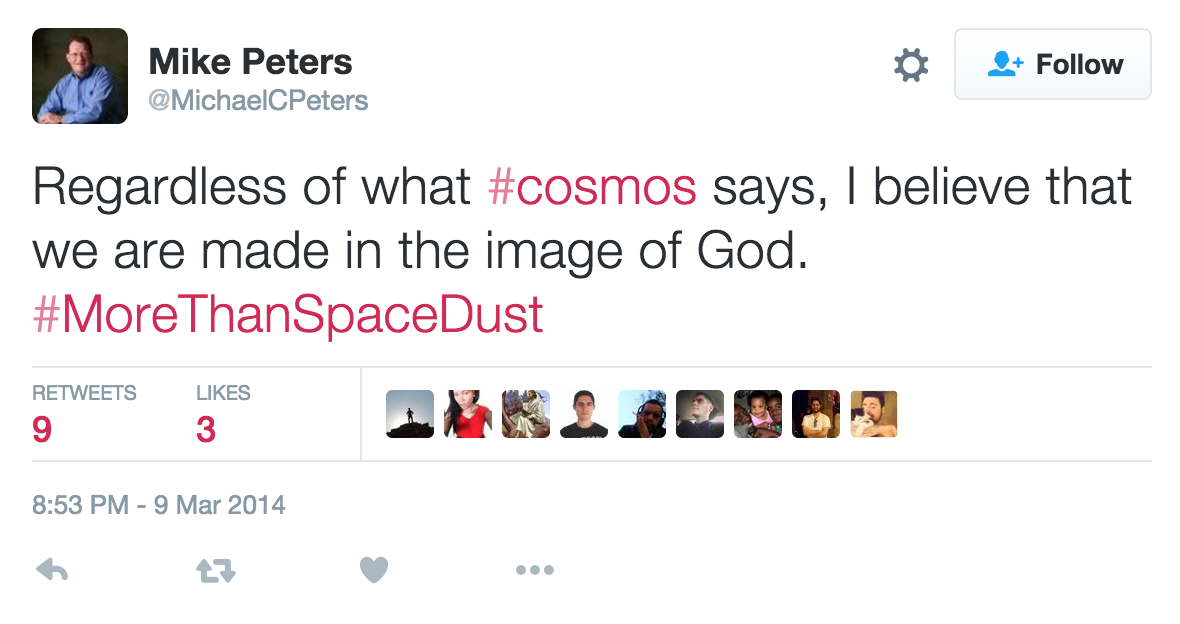 Wow, and they believing in God is insane? Takes more "faith" to believe what I just watched. #Cosmos

Our entire universe exist because our father Jehovah God and his wonderful son CHRIST Jesus Created it for us to enjoy. #Cosmos

Degrasse Tyson just said that life may have come from space. That's the naturalistic evolutionary version of the God of the gaps. #cosmos

#Cosmos i can answer where life came from. God Next question.

Apparently #cosmos can just lie on TV. The moon was actually created by God. As was life. So yeah we do know where life came from.

Dear #cosmos, the origin of the universe actually is not mysterious. God had Moses write about it in the #Bible. You should read it sometime

Cosmos got me excited thinking about a God who made something so big who loved something so little that he gave his son to save us. #bygrace

Thank you @neiltyson and #cosmos for showing how God created us. Everything you said was in line with the Bible. Can't wait for next week.