On ‘Sundays Are the Worst’ Website, a Pastor Tries to Make Amends for Poor Tipping by Christians March 9, 2014 Terry Firma

On ‘Sundays Are the Worst’ Website, a Pastor Tries to Make Amends for Poor Tipping by Christians

Over time, U.S. Christians have gotten a reputation for being terrible tippers. 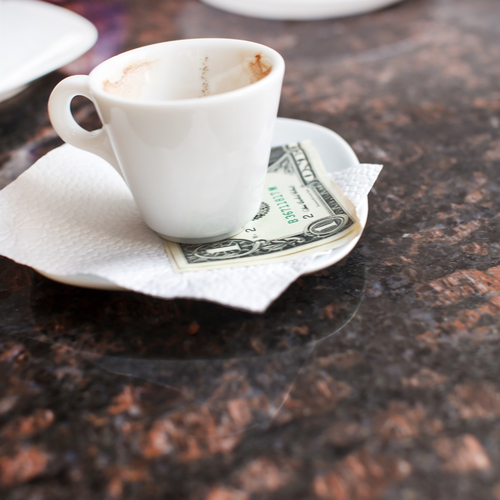 I’d wager that some of that has to do with the identifiability of the group. The worst of the Christian tipping behavior is perceived to take place on Sundays, when Christians are extra-visible as a group on account of their church clothes and/or their time of arrival (shortly after church services end). When these groups leave paltry tips, selective perception on the part of the staff may lead waiters to assign a pattern of behavior to them that could apply just as well to not-overtly-Christian groups, except that the latter don’t share any obvious characteristics.

Black people, too, face the stigma of being regarded as lousy tippers — in part, perhaps, for the same reason. They may stand out in servers’ subconscious perception with an easy identifier. If, in a particular restaurant, during a particular shift, five groups of black diners leave a really meager tip, and five groups of white diners do the same, waiters are probably more likely to grumble about the tips left by black people than by white people, especially if the restaurant typically draws more white than black customers. (I smell a good Freakonomics piece here.)

As far as the Christians go, this certainly isn’t the whole story. A 2010 Cornell study (PDF) correlating God-belief to tipping behavior found that

I wrote about this previously.

The reason I’m revisiting the topic today is that there is a new website called “Sundays Are the Worst.” It was launched by Tennessee pastor Chad Roberts (below), who wants to give waitstaff maltreated by Christian Scrooges a place to vent — and who’d like to do what he can to right the wrongs. Cool. 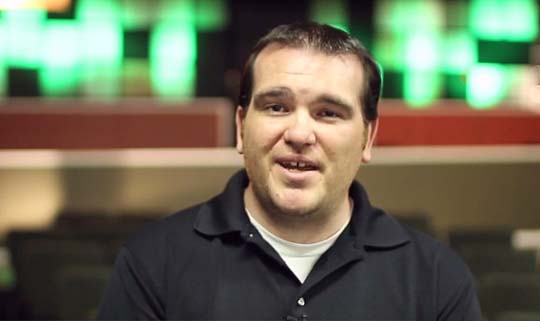 According to the New York Daily News,

Roberts said that his church members are planning to write out apologies to every single poster. They will also send a server a Food City gift card that can be used for groceries or gas. The campaign will last until Easter Sunday, when Roberts is asking his parishioners to double their tips.

“The two goals we have with this are number one, that Christians would begin to realize that their attitude really matters when they go to eat,” Roberts said. “The second goal is that particularly unchurched servers would understand that not all Christians are rude, impatient, lousy tippers. That’s what we want to communicate.”

Roberts has his work cut out for him, because a slew of waiters and waitresses have already been commenting on the site.

Here is one of the most remarkable posts:

[O]ne man [from a church group] asked me why I was waitressing. Well, at the ripe age of 24, I was waitressing for two reasons: I was putting myself through school, and supporting my three-year-old, because I’m a single mother. The gentleman then proceeded to tell me that if I would have contributed more to the church monetarily, god would have provided her a father who would’ve stuck around. “But don’t worry, if you provide more now, he may change his mind and provide you with a husband.”

My mouth instantly dropped. I’m very outspoken and proud to be a mother. Never in my life has someone [said that] the reason her father [left was] my fault. And to suggest god punished me because of the money I don’t donate to a church is a far-fetched idea to me. Then to suggest I buy god off to find me a husband was appalling.

I politely said “maybe I’ll try that” and walked away. For the gentleman who gave me that great advice and left me a $2 tip on a $35 check, maybe your tipping is the reason I can’t provide more for the church.

Unfortunately, while Robert’s reply condemning the behavior of the man seems entirely sincere, he soon falls back on 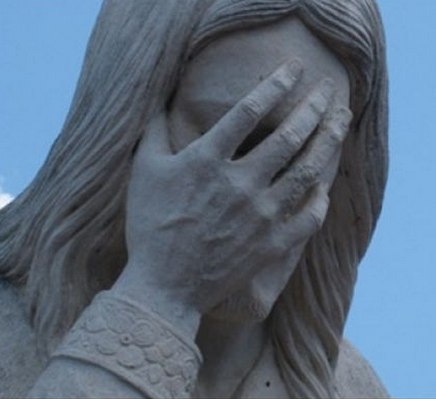 If he would please note how much the No true Scotsman fallacy grates on many of those who are neither Scotsmen nor Christians, we might be getting somewhere.