This may not be exactly earth-shattering or groundbreaking, but after Foundation Beyond Belief teams raised more than a quarter-million dollars for the Leukemia & Lymphoma Society through their Light the Night Walk, it was a pleasant surprise to see this full-page ad in USA Today earlier in the week (red box is mine): 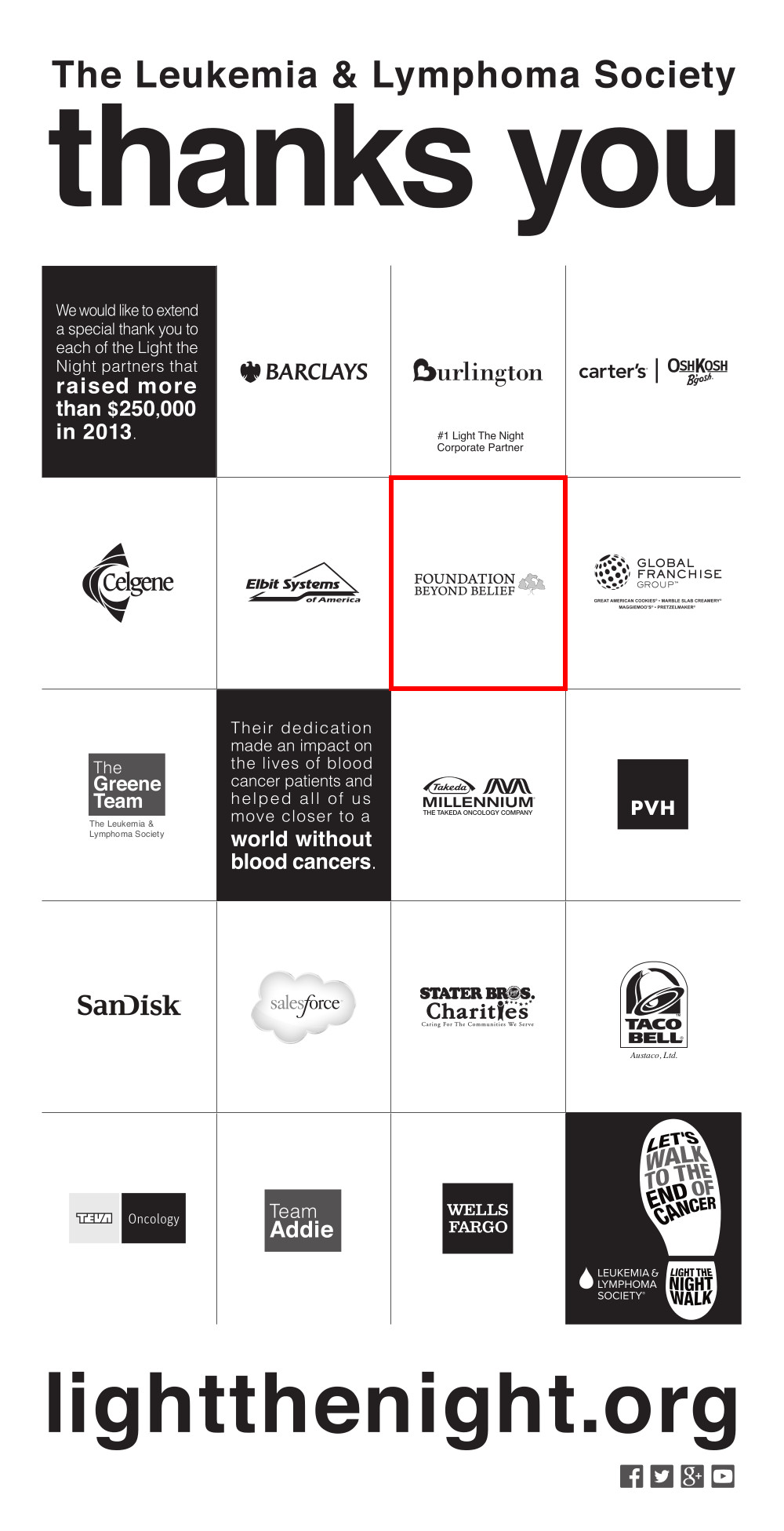 If it seems weird to appreciate how LLS openly thanked a group of non-religious partners in the ad — even though we raised so much money — keep in mind this is precisely what the American Cancer Society was afraid of a few years ago. That’s why they told Foundation Beyond Belief we couldn’t form a national team for their Relay for Life campaign a few years ago… or we could, but they wouldn’t ever publicly mention us no matter how much we raised for them.

So hats off to LLS, all the atheists who helped raise the money, and philanthropist Todd Stiefel for making this partnership happen in the first place.

March 8, 2014
At Baptist Fundamentalist Conference in Kentucky, a White Pastor Just Performed in Blackface
Next Post

March 8, 2014 New York Pastor Honors the Legacy of Jesus With a Raffle for an AR-15
Browse Our Archives
What Are Your Thoughts?leave a comment