In Memory of Eric

A couple of weeks ago, we lost a really fantastic atheist activist, Eric Broze. One of the co-founders of the Coming Out Godless project, Eric’s work was always meaningful and helpful, yet he never gave up his sense of humor in the process. (See: The United Church of Bacon, which he also helped create.)

I was looking back at my email exchanges with Eric over the past several years and what stands out is how committed he was to the work he was doing, even when his name wasn’t going to be the one in the spotlight. When he had an idea, he would pursue it wholeheartedly. (Ed Clint has a beautiful writeup about Eric here.)

I had a chance to meet Eric and his wonderful wife Rose a few years ago in Las Vegas and they were as fun to be around as their online personas would suggest — something that doesn’t happen very often: 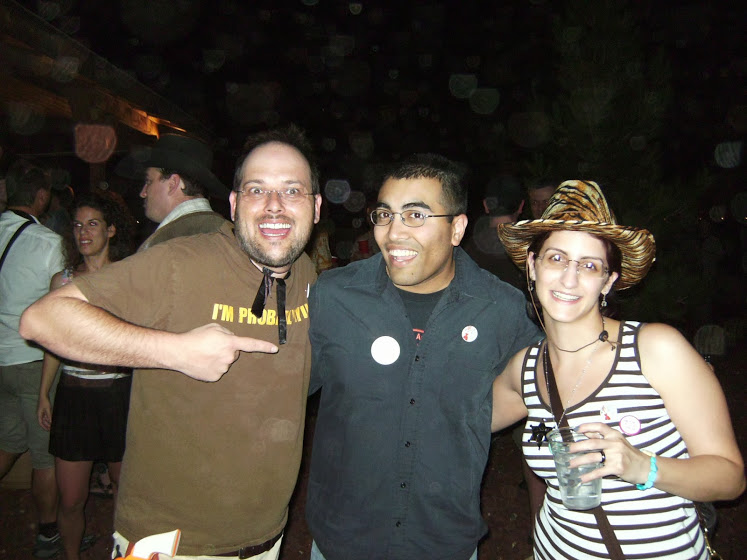 Appropriately, his memorial service was a celebration of his life, just as he would have liked. It took place at a bar, with his closest friends sharing their favorite memories of Eric:

You can read more about Eric here. Rose is accepting donations at the Paypal address rose@radful.com.

March 7, 2014 'Blasphemist' Jaber Mejeri Is Freed From Tunisian Prison
Browse Our Archives
What Are Your Thoughts?leave a comment