Even the U.K. Wages ‘War on Christmas’: KFC Spot That Spoofed the Holiday Draws Complaints, Resolution

BBH is a powerhouse London ad agency that made a pretty entertaining U.K. Christmas commercial for KFC late last year. With a daft, schmaltzy pop song, the two-and-a-half minute spot mocked both seasonal sappiness and unchecked materialism. Adweek named it its “Ad of the Day”:

The spot… opens with a showdown in a store between angry moms. “I almost tore your hair out for the last doll in the store,” one sings. “But the things that once divided us don’t matter anymore,” the other one sings in reply. And we’re off on a grandiose musical journey, as traditional holiday foes (carolers and carolees, snowballers and snowballees, Santa Claus and incontinent children) put aside their differences and bond over the soothing comfort of 11 herbs and spices. It’s all amusingly goofy and completely over the top. 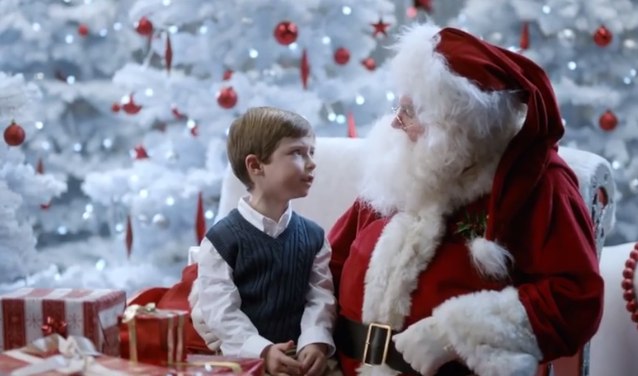 While the Church of England didn’t claim to be riled (in fact, the Church had a commendable response, saying “It’s the kind of schmaltz that might leave you reaching for a bucket, though not necessarily a bucket of chicken”), many Christians were indeed offended. Dozens of them filed complaints with the Advertising Standards Authority, the U.K.’s advertising watchdog. The complainants alleged that the ad shows “insensitivity towards Christians.”

[One] scene had some claiming that the line “all our stupid songs” had made fun of Christian Christmas hymns, and was therefore offensive to them.

Won’t somebody finally think of the Christians?!

The ASA launched an investigation and took a couple of months to come up with an answer. Now we have it, and the answer is “piss off.” (More or less.)

The Advertising Standards Authority concluded the scene was “ironic” and has not caused widespread offense.

What’s also ironic is that a spot spoofing petty holiday strife pushed some Jesus fans to create more of it.

March 6, 2014
Today, American Atheists Will Argue Before an Appeals Court Against the 'World Trade Center Cross' Display
Next Post