According to research just published in the Journal of Institutional Economics, there may be a correlation between the percentage of atheists and agnostics in a state and that state’s level of entrepreneurial activity. 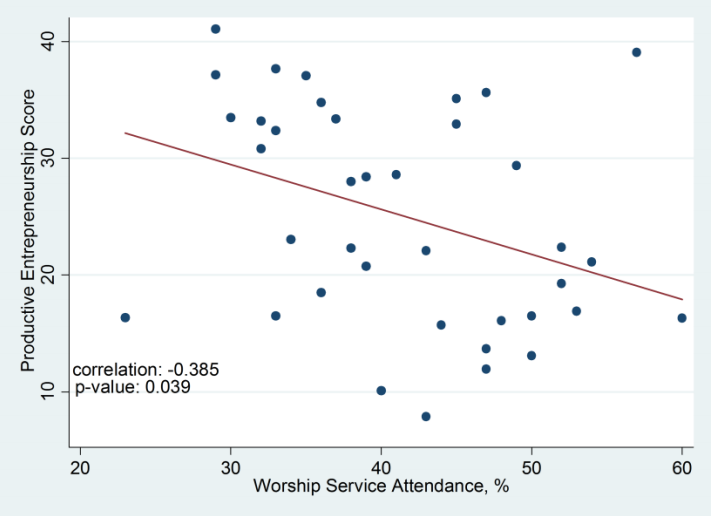 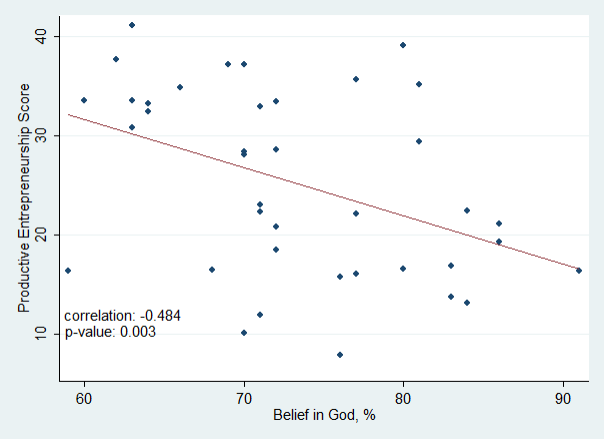 “One possibility is that productive entrepreneurial activities are largely substitutes for religious ones,” write Travis Wiseman of Mississippi State University and Andrew Young of West Virginia University.

Wiseman and Young found all of the religious variables they tracked “tend to correlate negatively and significantly” with a state’s productive entrepreneurship score.

Wiseman and Young suggest that the reasons for the correlation could be because time spent honoring God (by going to church, praying, etc.) is time not spent doing something more productive in the business world. It’s also possible, they say, that those who are very religious may shy away from activities that produce material gains instead of spiritual ones.

That’s not to say, of course, that individual religious people aren’t capable of running large businesses and innovating — they obviously are — only that states with higher rates of church attendance and belief in God have lower rates of “productive entrepreneurship” as defined above. By using different measures of entrepreneurship, it’s entirely possible these graphs could be going the other way.

March 1, 2014
No, Ken Ham, Ark Encounter Will Not Be Good for the Economy
Next Post