The Bible says that Jesus spoke and listened to prostitutes with demonstrable love and acceptance, refusing to reinforce the rejection and condemnation these biblical women endured from their communities. It does not indicate that he may have arrested or detained them, threatened them with imprisonment, or coerced them into hearing hours of sex-shaming tirades.

But to Project Phoenix, the organization behind the anti-prostitution initiative Project ROSE, that’s the best strategy for rescuing sex workers from themselves, whether they like it or not. 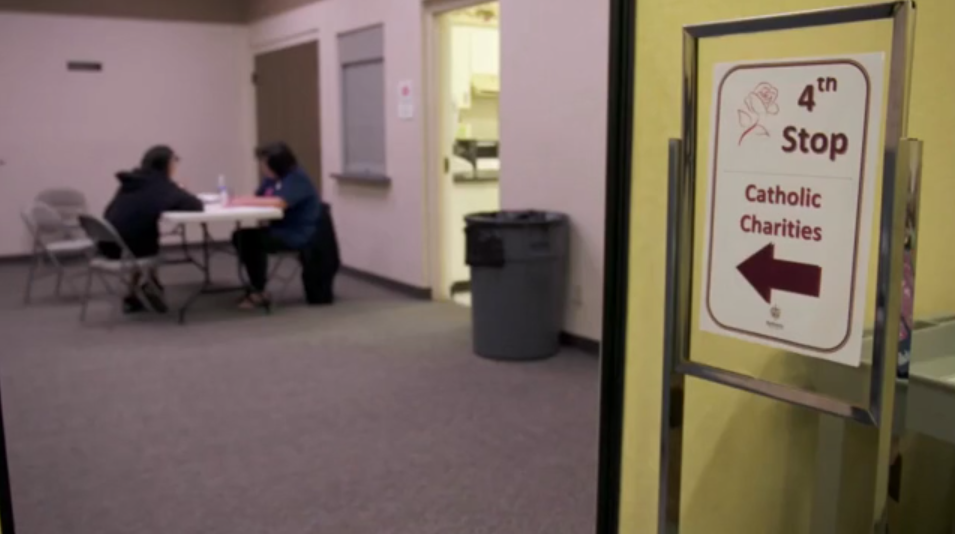 Technically, the sex workers who fall afoul of Project ROSE are not being arrested, but you’d be forgiven for calling that a semantic distinction without much difference. Sex workers have been rounded up in huge sting operations with over 100 undercover police officers — yup, community police officers being paid using municipal resources — who handcuff their targets and bring them to Bethany Bible Church, where prosecutors, detectives, and others wait to offer up a “diversion program” in place of jail time… for those who qualify. (Catch a glimpse in this video from Al-Jazeera.)

Of course, if you don’t qualify — if you’ve have prior felony convictions or are found with drugs when Project ROSE gets its talons in — they’ll have to turn you over for criminal processing and potential jail time; the story of Monica Jones via Vice is a good case in point and illuminates a steaming cauldron of racial and gender issues at play here. (Monica is a trans woman of color involved in pro-LGBTQ, pro-woman, and pro-sex-work activism and volunteering.)

But those folks are acceptable collateral damage in the fight to rescue these sex workers from themselves. After all, Vice explains,

“All persons found to be participating in prostitution activity are breaking the law, regardless of motive,” says the fact sheet Project ROSE gives the media. Those not eligible are criminals. Their freedom is a small price to pay for forcing others into a program that might remove them from “the life”.

Sure. Tell Monica Jones that.

As long as you manage to qualify, Project ROSE acts as a hub for referrals for counselling, health care, detox, emergency housing, and other community programs. The central component of the project, however, is DIGNITY Diversion — a 36-hour education program run by Catholic Charities in Arizona, which describes the program this way:

Our program provides 36 hours of self-exploration and education to develop self-esteem and give hope. Participants also receive rehabilitation services including support, education, and treatment to help them escape prostitution. Job placement assistance is also provided. Those who complete the program have their charges dismissed. 83 percent of those who completed the Catholic Charities DIGNITY Diversion program did not re-offend.

Of course, they conveniently leave out the rate of completion, which Vice reports as a meagre 30% — nor are all those people dropping out of their own free will. Monica Jones attended DIGNITY, but was asked to leave when she failed to show the requisite amount of shame over her sex work. (In other words, she’s a bad influence — just the kind of girl your mother warned you about.) Nor do we have any way of knowing, from reading these rates, how many participants remain in the program only reluctantly, the fear of incarceration hanging over their heads.

This captive audience, coerced into participating, is treated to a program with religious overtones, sexual shame, and anti-birth-control messages. DIGNITY has its own preferred narrative about sex work and human trafficking — they’ve even produced an interactive play about it! — and they aren’t interested in the possibility of nuanced perspectives.

So, to recap: publicly-funded Phoenix law enforcement resources are involved in a program to pick up sex workers, drag them to a Christian church, and use the threat of criminal charges to coerce them into a Catholic-run program pushing particular (and particularly harmful) religious messages about sexuality.

It’s probably what Jesus would do, right?

(Worth noting: if you’re interested in expressing support for Monica Jones, she’s been involved in the Sex Workers Outreach Project in the past, and they have produced a petition protesting police harassment against her in particular, as well as the entire Project ROSE approach more generally.)

February 28, 2014
After an Awful Interview with a Theologian, the New York Times' Gary Gutting Chats With an Atheist
Next Post