Is Anyone Really Surprised by Elevation Church’s ‘Spontaneous Baptisms’?

Not that we need another reason to think less of Pastor Steven Furtick of Elevation Church in North Carolina, but this one’s too entertaining to ignore. 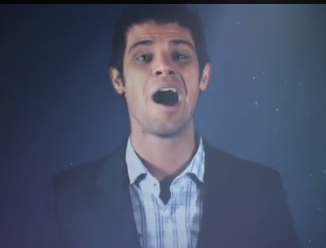 His church, like many evangelical churches, loves to tally up how many people get baptized there — one mark of how many converts the church has created. In fact, Furtick’s team put together an entire resource guide to help other churches put together “spontaneous baptisms” that would allow church attendees to get baptized right then and there without having to think about it. (Because thinking gets in the way of blindly following.)

What’s the benefit to the church? Well, it’s kind of like carving notches in a bedpost — it’s an unofficial way to claim superiority over your competitors. Plus, if you’re baptizing more people, you must be doing something right (at least in places where people take baptisms seriously), so attendees may be inclined to donate even more money to you(r church).

Furtick even provides a template script that other pastors can use:

It is my great privilege today to be able, after months of planning and a whole lot of prayer, to offer thousands of you at our church and even in sites all over the world, one of the greatest opportunities I think you’ll ever have in your life. It may be something you’re not expecting at all. We’ve been planning on doing baptisms at the church this weekend for a long time, but what you may not have known is that you’re going to be the one getting baptized.

I can feel the confusion in the air. You’re saying to me, But I didn’t sign up for baptism. Do you mean you’re going to give me a chance to sign up for baptism today? No not to sign up for baptism today; to be baptized today. I’m going to give every single person in this church today, who has never been biblically baptized as a public profession of your faith in Jesus Christ, the opportunity to be baptized today. Not in a month, not after you’ve gone through training for three years, I’m talking about you came dry, you’re leaving wet, dripping wet, baptized in Jesus’ name today.

This is how peer pressure works, kids.

Furtick’s answer: Plant a few “volunteers” in the crowd to respond to the baptism calls first, and others will surely follow.

He even says as much in his How-To Guide:

15 people will sit in the worship experience and be the first ones to move when Pastor gives the call.

1. Sit in the auditorium and begin moving forward when Pastor Steven says go.

2. Move intentionally through the highest visibility areas and the longest walk.

For some reason, the plants are never referred to as “Liars for Jesus.” Must have been an omission.

Later on in the document, Furtick also suggests that seniors need to go to the back of the line so that it looks like young people are the ones most excited to get baptized:

The first people going into the changing rooms have got to be people who move quickly, they must be changed and out in stage in a few minutes. Pick young energetic people, not necessarily those who are there first.

Elevation Church says it’s all about the numbers, but only when they want to be. Some numbers, like the pastor’s salary and book-deal information, they won’t reveal. Other numbers, like annual baptisms, they hide behind charts designed to paper over the almost complete inability of their pastor to persuade people to be baptized without special events. If anything, the chasm between reported salvations and baptisms tell us that something is terribly wrong. Either the salvations aren’t actually there, or the church is full of unbaptized, disobedient believers. The numbers, while large, are terrible.

When Stuart Watson of NBC Charlotte attempted to speak with Furtick about his coercive practices over the past few weeks, he was less than eager to respond:

Elevation Pastor Steven Furtick asked me for a face-to-face, off-the-record meeting with me to ask me not to run this report. I spent an hour on the telephone and two more hours in person discussing my reporting, his church and his concerns.

Pastor Steven said I have been unfair and this report in particular would hurt Elevation Church members.

I asked Pastor Steven to consent to an unedited, on-camera interview.

Ultimately, Elevation Church put out a meaningless press release (DOC) that implied the station was biased and the church was awesome.

The problem with this isn’t simply the blatant manipulation — church is nothing if not a constant stream of peer pressure. It’s this idea that a higher baptism count is all that matters, and not the thinking that goes into it. Even if you think baptism is more than symbolic, you would hope people do it after putting a lot of thought into it.

The whole notion of “spontaneous baptisms” suggests that people wouldn’t do it on their own; they have to be coerced. Furthermore, the need for Liars for Jesus to lead the charge tells everyone that what this church preaches isn’t very convincing. The people won’t get baptisms on their own. They have to be tricked into doing it right then and there. No time to think or question, only time to react.

And it’s all good for business. It has to be. It’s not like Jesus gives a damn.

Even other pastors are disturbed by what Furtick and others like him are doing:

Mass baptisms are not unheard of in Christian churches, but some pastors are wary of the practice since some people might not understand what it means, said Tony Merida, pastor of Imago Dei Church in Raleigh, N.C.

“I wasn’t as surprised by (the baptisms) because we have a history in a lot of revivalism and evangelicalism in that type of planning to get numbers,” said Merida, who is also a preaching professor of Southeastern Baptist Theological Seminary. “I can’t imagine (the Apostle) Peter saying, ‘Hey, 15 of you get up and we’ll see if 1,000 will join.’”

Manufacturing miracles is usually in the wheelhouse of hucksters like Benny Hinn. It’s good that the spotlight is finally on Furtick so the world can be exposed to his orchestrated baptisms and shady ethics. The question now is how long his congregation will keep defending him.

Maybe if a handful of atheist visitors spontaneously walked out of one of his services, everyone else would follow?

February 26, 2014
How Should Atheists Respond to Those Who Think We'll Convert on Our Deathbed?
Next Post