How the Devil Takes His Cues From Cell Biology February 26, 2014 Terry Firma

How the Devil Takes His Cues From Cell Biology

Our souls are in terrible danger from demonic warfare that is just like HIV, warns Andrée Seu Peterson, writing for WORLD Magazine. 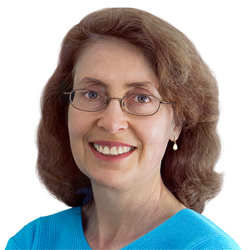 An AIDS virus enters the body from outside and very purposefully looks for a T-cell (a white blood cell that should be minding the store against types like him) that is vulnerable. It finds an accommodating “receptor” on it and “attaches itself,” “tricking” the cell into thinking it is bringing nourishment, and then “gaining entry” and releasing its payload of destructive genetic information.

Is this not what is going on with the LGBT agenda in churches? There are still the direct attacks on the church, of course. But far more chilling and sinister is this stealth “design” to use the church to promulgate its own agenda. You can’t get more devious than that. …

[The] church has drifted from the Bible into feel-good doctrines with the name of Jesus thinly papered over it, which makes it a sitting duck for the devil to infiltrate it with the modern “doctrines” of homosexuality and abortion.

Of course, you have to give the devil his due: the guy knows what he’s doing, and he has hellish temptations for everyone, gay or straight. So please be sure to be wary of non-gay men, too, especially those with good abs, who can go the distance on a treadmill. Peterson explains:

On the inter-personal level, [Satan] looks for a woman who has been out of fellowship and the Word, and who watches soaps all afternoon, and sends her a man at the gym to infiltrate her marriage.

Or even (shudder) a woman.