Bob Jones University, recently in the news for firing the Christian sex-abuse investigators tasked with investigating the college’s abuse-permissive culture, has gone back on that decision — “after much discussion and prayer,” naturally.

Executive Vice President of Operations Marshall Franklin appeared on video to announce BJU’s intention to reinstate GRACE [Godly Response to Abuse in the Christian Environment]. Not much was said about the reasons for either decision, though he indicated that the school’s “primary concern was for former students,” presumably the ones who elected to contribute to the GRACE investigation in the first place: 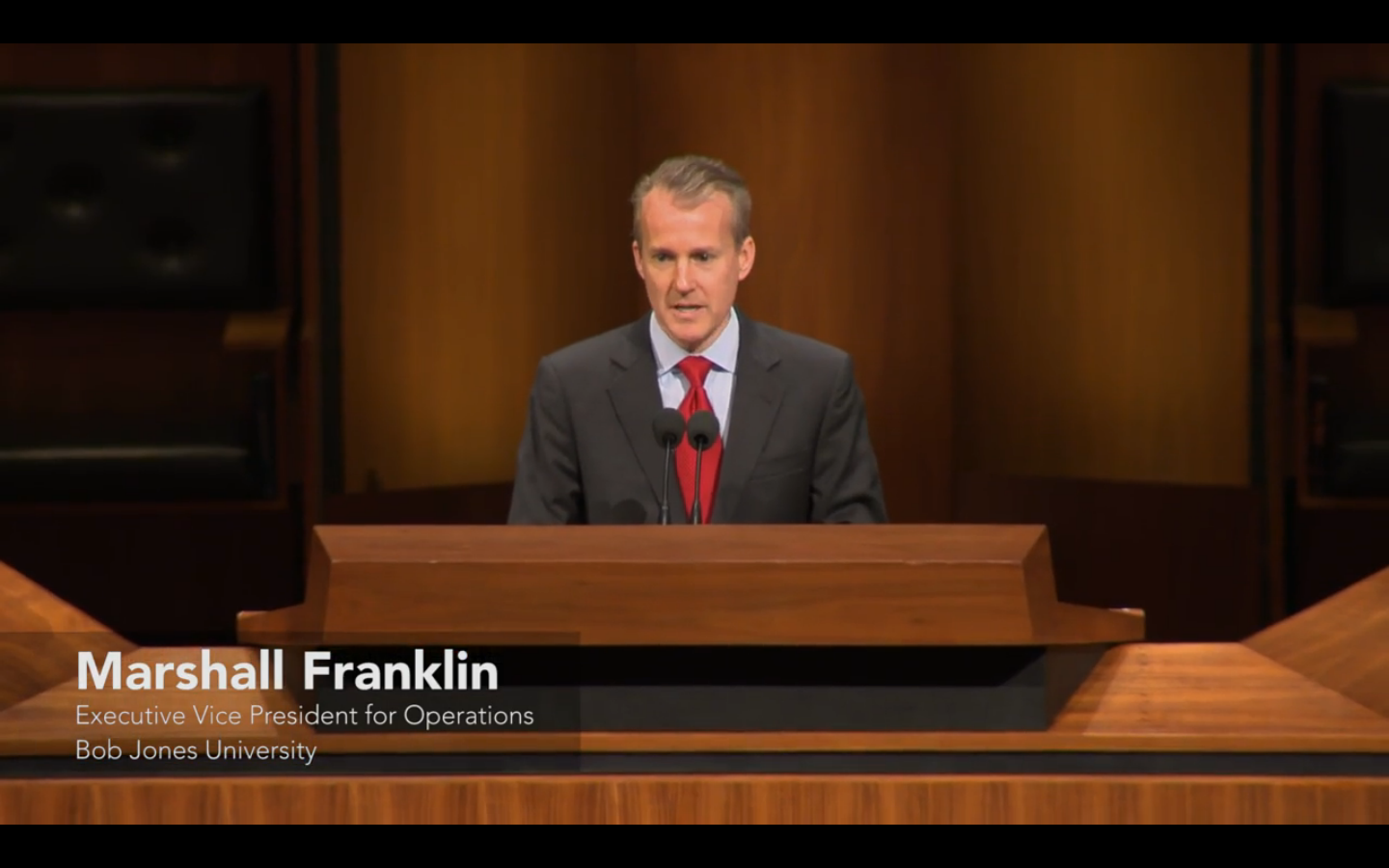 Reading between the lines, it’s plausible to think that some BJU alumni reacted negatively to the school’s break with GRACE; Franklin does seem awfully interested in apologizing to those former students. “We surprised you with the announcement [that GRACE was fired], and for that we apologize,” he says in the video. The accompanying text makes a point of fawning over students, too, with two more apologies and a handful of flattering references to the students’ courage and the school’s appreciation:

BJU appreciates our former students and others who participated in the review with GRACE. They demonstrated great courage to share their stories in an effort to help us improve. We appreciate how important this review is to everyone who cares about the University and we apologize for the added anxiety caused by the temporary suspension of the review.

BJU appreciates our former students who courageously participated in the project with GRACE and recounted personal and painful experiences from their past. We apologize for the pain and disappointment they suffered as we temporarily delayed the project.

As in most cases, that old journalistic edict applies: follow the money. As at most schools, satisfied alumni are a prime source of funds — or, as the school itself puts it, “the Lord has led faithful friends and alumni to see the importance of the mission of this ministry.” Running a college ain’t cheap — their sports program alone cost more than five times as much as the school brought in through their Annual Fund. With BJU bragging about its debt-free strategy and lower-than-average tuition, the money has to come from somewhere. If the alumni are complaining, it’s in the school’s best interest to reverse course in a hurry and with no shortage of ingratiating remarks.

Thus, the college met with GRACE last week (February 18-19, to be exact) and has emerged “confident the review can be completed in a timely and professional manner.” In his announcement, Franklin expressed his trust “that they would complete it with independence and objectivity,” which makes me wonder… did BJU executives find GRACE less than objective in their initial results? If so, why?

Most importantly, how will the unknown and mysterious compromise they reached with GRACE affect the validity of the results ultimately released? Amidst all this talk of transparency and objectivity, chances are we’ll never know.

February 26, 2014
Is Anyone Really Surprised by Elevation Church's 'Spontaneous Baptisms'?
Next Post

February 26, 2014 Frontman of Prominent Christian Metal Band Pleads Guilty In Murder-For Hire Plot to Kill His Wife
Browse Our Archives
What Are Your Thoughts?leave a comment