Pastor of the Largest Congregation In the World Goes to Prison For $12,000,000 Stock Fraud, Tax Evasion

It’s been almost a year since David Yonggi Cho was indicted. Cho, whose Yoido Full Gospel Church in South Korea has more than a million congregants, was charged with fraud in an elaborate and bald-faced stock scheme. Prosecutors said Cho, 78, who preached the gospel of prosperity, arranged for the church to buy his son Cho Hee-jun’s stock at greatly inflated prices, enriching himself and his offspring to the tune of twelve million dollars. 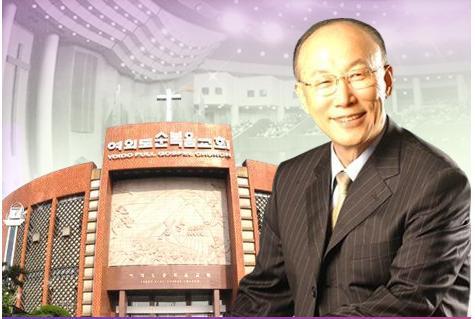 Cho was convicted for tax evasion, sentenced to three years imprisonment, suspended for five years, and fined the equivalent of almost $5 million. His oldest son Cho Hee-jun was sentenced to three years imprisonment. The charges arose from Cho’s church purchasing shares from his son’s church at above market value and fraudulently claiming tax relief.

… was purchased with a heavy price — the blood shed by Lord Jesus Christ. Therefore no power of darkness can divide the church. Lee encouraged the congregation to become one body in the Holy Spirit and to be more diligent in the Lord’s Holy work.

It might be a message best directed at the criminal shepherd, rather than the flock.

February 25, 2014 Man Shot in the Leg Because He Didn't Protect It With a Bible
Browse Our Archives
What Are Your Thoughts?leave a comment