If I were addicted and wanted help, I might rather suffer the consequences of abusing drugs or alcohol than pretend that the required verbal ablutions in Alcoholics Anonymous meant anything to me at all.

Six or seven of the famous twelve steps refer to God or to prayer. The final step is to achieve sobriety and experience it as a “spiritual awakening.” Through it all, prayer is a staple at almost every AA meeting. 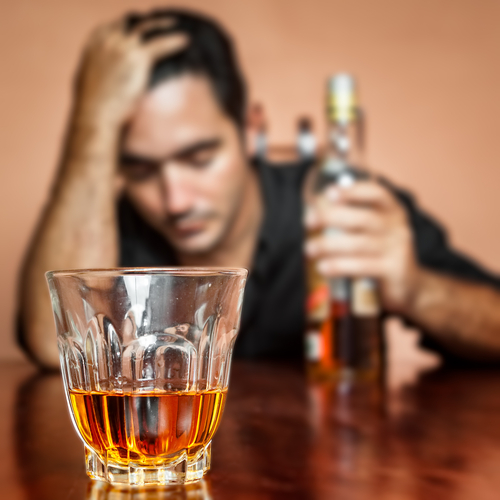 No thanks. The only AA I’ll ever join willingly is this one.

But things are changing, as the New York Times points out.

The boom in nonreligious A.A. represents another manifestation of a more visible and confident humanist movement in the United States, one that has featured public figures such as Bill Maher, Sam Harris and the late Christopher Hitchens. Yet this recent trend within A.A. also marks a departure from the organization’s traditional emphasis on religion.

“A.A. starts at its core with honesty,” said Dorothy, 39, who heads the steering committee for the We Agnostics and Freethinkers International A.A. Convention. “And how can you be honest in recovery if you’re not honest in your own beliefs? If you don’t believe in the God they’re praying to, that’s not honest practice.”

[A] religious tone [had become] the norm within A.A. What it meant for alcoholics like Vic was an anguishing choice between sobriety and hypocrisy. To participate in a typical A.A. meeting felt to them like hiding, if not violating, deeply held secular beliefs.

Over the past dozen years, non-religious AA groups have begun to mushroom. Another AA member, Glenn, found

… “a fellowship of concerned, loving people,” … a secular version of the “Higher Power” to which A.A. literature refers. Humanist A.A. groups also have drafted their own nontheistic versions of the 12 steps. Instead of needing divine assistance for recovery, for example, one step states that “we needed strengths beyond our awareness and resources to restore us to sanity.”

Thanks to the Internet, it’s now easier than ever to for people who need help with addiction to find an AA group that doesn’t force them to pretend to believe in gods. In New York, the website that lists those meetings is at agnosticaanyc.org. Meetings in other locales, including some non-U.S. ones, can be found here.

February 24, 2014
Why is This Public High School Biology Teacher Showing His Classes a Video of Kent Hovind Teaching Creationism?
Next Post

February 24, 2014 This Christian Conference About 'Rising Up' Through Jesus Will Feature a Paralyzed Keynote Speaker
Browse Our Archives
What Are Your Thoughts?leave a comment