Thirty-five kids sustained injuries, mostly minor ones, when the floor of a church collapsed in Mississippi the other day.

That’s a net win for Jesus. It always is. 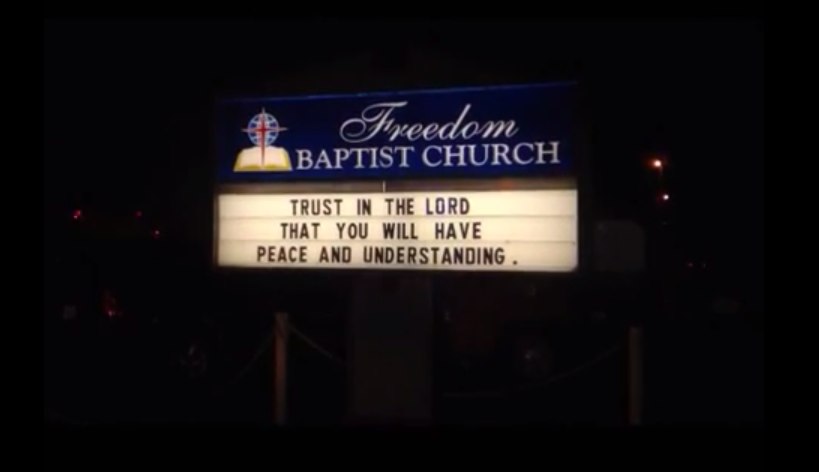 Listen to pastor Tommy Davis of Freedom Baptist Church in Laurel, Mississippi (at 0:39):

“… the second-story floor gave way, causing about 70 students to fall. But it’s got to be said that no one was seriously injured, no one was trapped. God’s hand was certainly taking care of the kids who were in that building.”

It’s good to be a Christian in these United States, because you can’t lose. Consider:

If no one dies, props to God.

If some kids die, thanks to God for the ones He let live.

On a related note, let’s not forget that if this had happened in, say, a store, a bowling alley, or a government building, angry parents would most likely be hiring a phalanx of lawyers to try to squeeze a small fortune from those who are culpable in the collapse. What do you want to bet that the Reverend Davis and his colleagues will hold a successful collection to renovate the building, and that not a single Mississippi parent will attempt to hold the church legally accountable?

(Thanks to @senorbuckwheat for the link)

***P.S., Saturday afternoon*** Right around the time I wrote the post above, this happened in Harrisburg, Pennsylvania:

An abandoned church partially collapsed Friday evening at 12th and Magnolia Streets in Harrisburg. Police, who are cracking down on codes violators, arrested building owner Bishop A.E. Sullivan, 49, at the scene. Police say Sullivan had been told multiple times that the building needed to be demolished.

Sullivan has been a prominent figure in Harrisburg since the 1990s and even contemplated a run for mayor during the last election.

Because of the instability of the church, nearby homes were evacuated, displacing nine people. The five adults and four children are being helped by the Red Cross.

Nobody was inside the church when it partially collapsed.

Well, thank God for that.

February 22, 2014
These Are Good Reasons to Leave Your Church
Next Post