A news story attributed to Agence France-Presse (AFP) (see here, here, and here) says that a prominent Bulgarian clergyman who was seen in a just-surfaced video having sex with four women (another source says two) has been dismissed from the Orthodox Church. 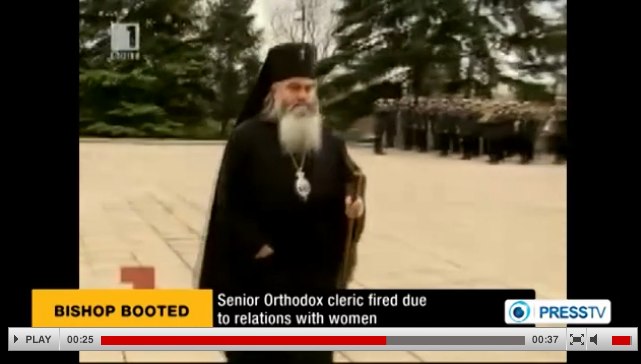 Bishop Boris, who headed the second-largest monastery in the country, was relieved of his duties on Thursday after being found guilty of acts “unworthy of his post,” said a statement from the Church’s supreme clerical body, the Holy Synod.

It followed allegations that emerged in the daily Trud, which reported on a video clip of the bishop with the four women.

On the opening of government archives in January 2012, it was revealed that 11 members of the Holy Synod had been agents of, or had collaborated with, the former communist regime.

… “is guilty of acts incompatible with his office,” [it] is written in a press release issued today by the Holy Synod. The case must be examined by the ecclesiastical court, while the bishop Boris, also known for his weaknesses [for] … luxury cars, money, women, food and fine wine, could even [face] excommunication.

February 21, 2014 The TAM 2013 Interviews Episode 7: Karen Stollznow
Browse Our Archives
What Are Your Thoughts?leave a comment