Who wrote the United States’ Constitution? Well, you might think James Madison had something to do with it… but you’d be wrong.

The correct answer is: God. 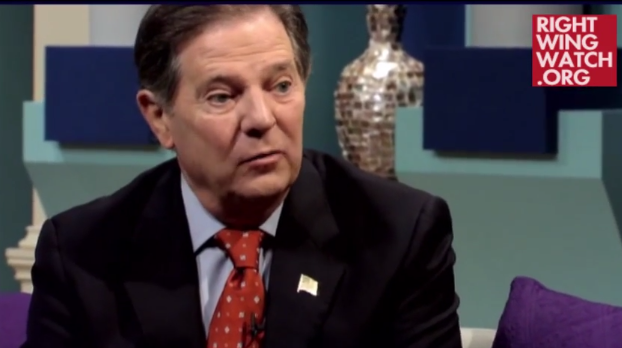 I think we got off the track when we allowed our government to become a secular government. When we stopped realizing that God created this nation and that He wrote the Constitution, that it’s based on biblical principles…

Time to rewrite those American History textbooks, everyone.

Or maybe DeLay’s confusing the Constitution for the Commandments.

Actually, this ought to be a controversial statement, even for conservative Christians. Considering that the Constitution has 27 Amendments… I think DeLay just admitted that God is fallible! So much for the inerrancy of the Bible, right?

February 21, 2014
Bible-Beating Thieves Skip Out On Restaurant Bill; Their Friends Are Outraged That The Owner Filed Charges
Next Post

February 21, 2014 Newark's Awful Archbishop, Using Diocese Money, Turns His Weekend Home Into a Lavish Man Cave
Browse Our Archives
What Are Your Thoughts?leave a comment