Fatwa Committee Forbids Muslims From Participating In Mars Exploration; It Would Be ‘Similar To Suicide’ February 21, 2014 Terry Firma

Fatwa Committee Forbids Muslims From Participating In Mars Exploration; It Would Be ‘Similar To Suicide’

Muslims may not go on hazardous deep-space flights. That’s official, inasmuch as a fatwa issued by a committee in the United Arab Emirates can make it so.

The committee issued its religious ruling after weighing the pros and cons of a manned flight to Mars.

“There is a possibility that an individual who travels to planet Mars may not be able to remain alive there, and is more vulnerable to death.” Whoever opts for this “hazardous trip”, the committee said, is likely to perish for no “righteous reason,” and thus will be liable to a “punishment [in the hereafter] similar to that of suicide.” 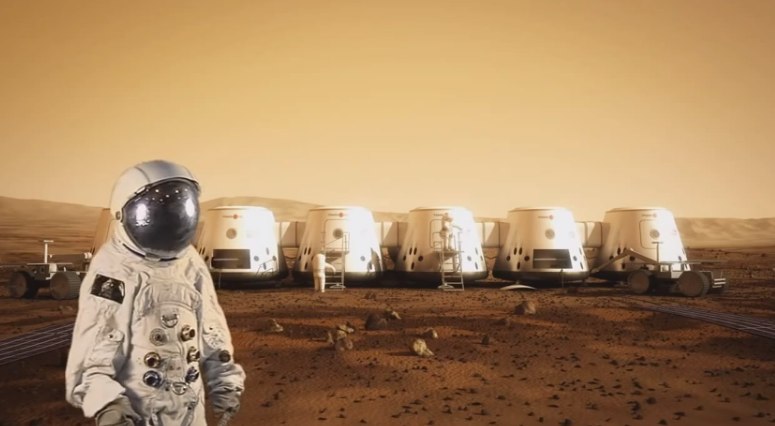 In fact, space travel, which is inherently fraught with risk, may be a violation of all religions’ precepts, not just Islam’s, suggests professor Farooq Hamada, the committee’s president.

“Protecting life against all possible dangers and keeping it safe is an issue agreed upon by all religions and is clearly stipulated in verse 4/29 of the Holy Quran: Do not kill yourselves or one another. Indeed, Allah is to you ever Merciful.”

Hamada and his learned colleagues have been concerned ever since hearing about a European company’s private space initiative that aims to establish a human colony on the red planet. The Khaleej Times reports that thousands of volunteers have applied for the mission, among them “some 500 Saudis and other Arabs.” That’s a problem, some of Islam’s wise men say.

Late in April 2013, Mars One, a Dutch company, invited volunteers to fly and live on the Red Planet, but there is no technology so far that would enable a return trip from Mars to Earth.  The company is planning the first such trip to Mars in 2023 and another crew every two years afterwards, with the goal of establishing a permanent human colony. … The committee indicated that some [volunteers] may be interested in traveling to Mars for escaping punishment or standing before Almighty Allah for judgment.

It’s interesting to hear the Islamic faithful assert that Allah, the Creator of the Universe, apparently can’t retaliate against evildoers once they’ve traveled beyond the Earth’s atmosphere.

Tzvi Ben-Gedalyahu, writing for the Jewish Press, offers his take on the Mars fatwa here, under the wry headline “Muslim Clerics Finally Forbid Suicide Missions, But Only on Mars.”

February 21, 2014
Bill Maher Speaks About the Gospel of 'I Don't Know' with Alabama Reporter
Next Post