Days after Kiera Feldman‘s expose of sexual assault at the conservative Christian Patrick Henry College, Chancellor Michael Farris can’t figure out how to respond to the piece. 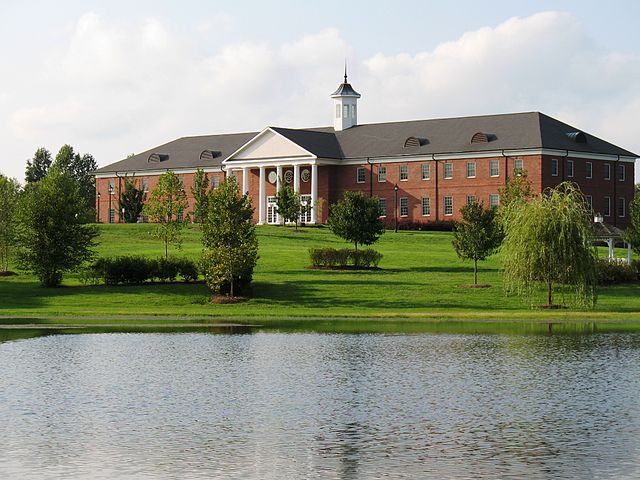 On his Facebook page, when confronted with a question about allegations made in the article, Farris tried to respond, in part, by claiming he doesn’t run the school (that he founded and is chancellor of…) and that the piece is inaccurate (without further elaboration): 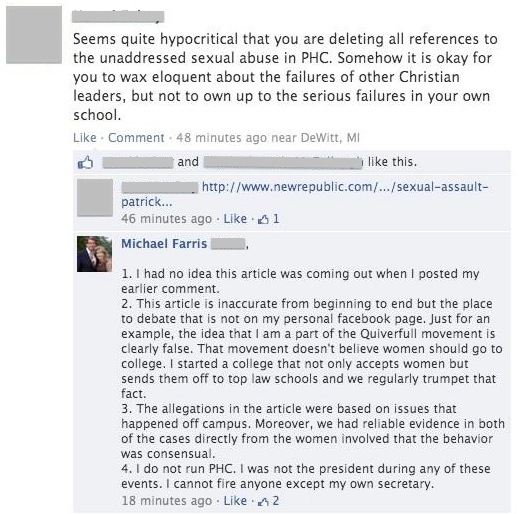 He soon deleted that thread.

One of my readers, Bill, sent me his own screenshot and conversation with Farris: 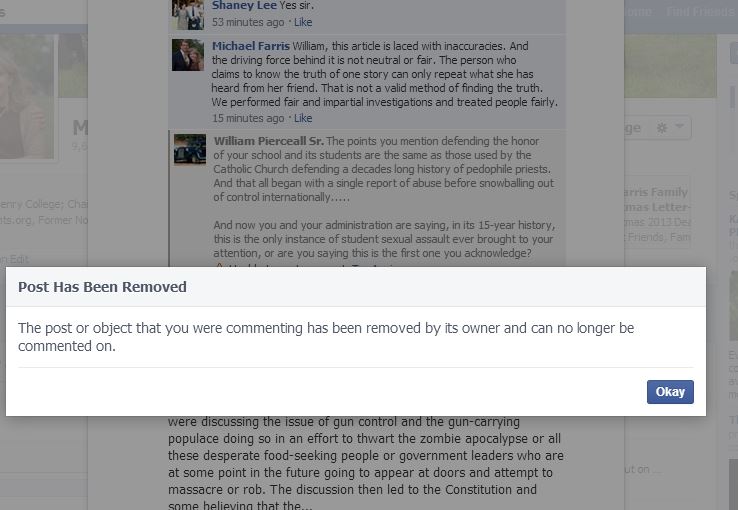 William, this article is laced with inaccuracies. And the driving force behind it is not neutral or fair. The person who claims to know the truth of one story can only repeat what she has heard from her friend. That is not a valid method of finding the truth. We performed fair and impartial investigations and treated people fairly.

Farris soon deleted that thread, too.

You know, if PHC indeed “performed fair and impartial investigations” of these cases, then they ought to explain their methodology. No one needs private details, but an explanation of how the school deals with claims of assault would go a long way.

As I write this, though, Farris’ Facebook page is void of commentary over the past few days. Ditto with PHC’s official Facebook page and the school’s website. (Meanwhile, the @ responses to PHC on Twitter give you a sense of why the school would rather cower in a corner until this blows over.)

It shouldn’t take this long to at least put out some sort of official response to the piece. And the longer they wait to do it, the less confidence anyone should have in the school’s ability to adequately respond to victims of sexual assault.

February 18, 2014
Peter Watson's New Book Explores How Atheists 'Have Sought to Live Since the Death of God'
Next Post