Judge Sentences Faith-Healing Murderers: ‘You‘ve Killed Your Children. Not God. Not Your Church. You.’

Pennsylvania residents Herbert and Catherine Schaible, a faith-healing couple, were sentenced today for letting a second child, eight-month-old Brandon, die last year. The Schaibles had been under a judge’s order to seek medical help for their sick children after the parents prayed over their two-year-old son Kent in 2009 instead of taking him to a hospital. Kent, who had treatable pneumonia, died too. 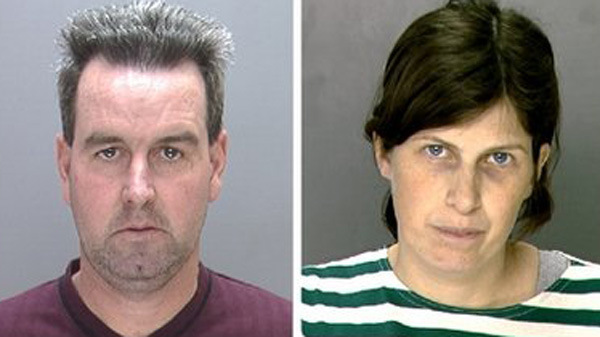 Judge Benjamin Lerner gave the defendants a verbal dressing-down that will likely earn a place in the annals of sentencing.

“April of 2013 wasn’t Brandon’s time to die,” Lerner said, noting the violence committed throughout human history in the name of religion.

“You‘ve killed two of your children. … Not God. Not your church. Not religious devotion. You.“

So what’s the bad news? The unbelievably lenient sentences. The charge against the parents was third-degree murder, and they each faced a possible 40 years in prison. Given that they already had the blood of their previous son on their hands, and had defied the court’s orders, one would expect the sentence to match the callous, arrogant, heartbreaking crime.

Instead, the double child murderers received just three and a half to seven years behind bars.

The wholly inadequate prison term is all the more surprising after the massive sentences given to another couple, Washington state’s Carri and Larry Williams, who invoked Christian privilege in the abuse-and-negligence death of their 13-year-old daughter, Hana Grace-Rose. Larry Williams received a 28-year term; his wife got 38.

Let me add one major quibble with Lerner’s sentencing remarks. It’s unfortunate — make that a sign of judicial blindness — that the judge exempted the Schaibles’ church from blame. Philadelphia’s First Century Gospel Church is notorious for teaching that the sick will get well with prayer and that going to a doctor is a sign of religious weakness. Its pastor, the Reverend Nelson Clark, told the Philadelphia Inquirer last year, after the Schaibles’ second boy died, that the couple suffers from a “spiritual lack” that can only be remedied with more faith.

We also learned from the newspaper article that the church has more than 500 members, including many large, young families. All, to one extent or another, believe in faith healing. I’ll leave you to ponder where that will most likely lead.

At the time, Pastor Clark seemed less distraught by the likelihood of other congregants’ children dying for lack of medical care, than he was about the Schaibles’ remaining seven children possibly getting placed in foster care with “nonbelievers.”

Because clearly, what those kids needed most was more Christianity in their lives.

February 19, 2014
Satanist Tries to Clear up Misconceptions Brought on by Craigslist Killer
Next Post

February 20, 2014 The Viking Apocalypse Is This Saturday
Browse Our Archives
What Are Your Thoughts?leave a comment