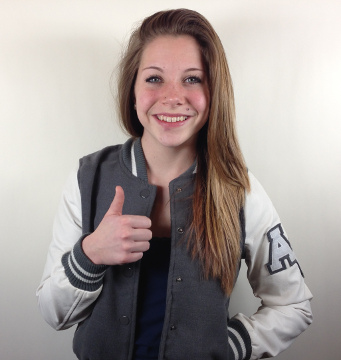 Kalei confirmed to this site that she accepted the offer.

Geri Weaver, chair of Camp Quest South Carolina, had this to say about extending the campership to Kalei.

“We are very excited to offer this Ambassador Campership to Kalei. Her pursuit of social justice in the face of adversity took tremendous courage. We are proud to recognize Kalei for actions as an ambassador for the secular community.”

Having been a counselor for Camp Quest South Carolina, I can promise Kalei that it’s going to be a great week! Her belief in the importance of recognizing that there are many different people with many different ways of looking at the world is a great example for adults and children alike.

I always love seeing young secular activists and I like that we as a community rally behind them and support them. The more we do that, the easier the road ahead will be for young activists.

February 19, 2014
The Economist Is Lukewarm on Danish Ritual-Slaughter Law, but Asks About Another Bloody Ritual
Next Post