There are two awesome updates to share regarding the just-approved atheist group at Pisgah High School in Canton, North Carolina: 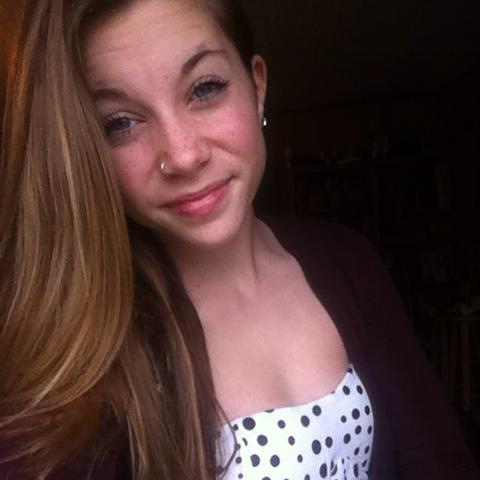 15-year-old Kalei Wilson (above) and her brother Ben (who attempted, to no avail, to start the same group last semester) will each be receiving $1,000 scholarships from the Freedom From Religion Foundation:

Ben Wilson, 17, first attempted to form a chapter of the Secular Student Alliance at Pisgah High School last October. He was stalled by an assistant principal. In November, Ben was told the group wouldn’t really “fit in” and that there were no staff sponsors available. The Secular Student alliance sent a letter on his behalf in November, which was ignored. After Ben enrolled in community college this semester, his sister Kalei, 15, tried again to find a staff sponsor for the group, and was unsuccessful.

Kalei met with the principal this morning to officially request the club, and to report some “threats that she would be ‘jumped’ at school” due to her secular activism, according to her father, Cash Wilson, a member of FFRF. “The principal assured her that he will look into the threats made and gave ‘go ahead for the club,’”…

Kalei, a 9th grader who does track and basketball and typically makes the honor roll, plans to hold the first SSA meeting before the month is out. Thanks to a kind supporter, that meeting will include a pizza party.

The other good news is that the group had no faculty sponsor. It would’t have made a difference legally speaking since a high school can’t prevent a club from forming for that reason, but yesterday, two faculty members said they would sponsor the group — unsolicited, I should add.

“We are thrilled to see this victory for Kalei and all of the students at Pisgah High School!” said August E. Brunsman IV, Executive Director for the Secular Student Alliance. “We fight everyday to ensure student’s rights aren’t infringed upon, and are pleased with this response from Haywood County Schools.”

Congratulations to Kalei and Ben for making this happen and doing so without the protection of anonymity. That takes courage and they possess it in spades.

We’ll continue to monitor the situation at Pisgah.