Tell Me Something I Don’t Know: Conservative Pastor Writes That Open-Mindedness and Inquiry Are Enemies of Faith February 18, 2014 Terry Firma

Tell Me Something I Don’t Know: Conservative Pastor Writes That Open-Mindedness and Inquiry Are Enemies of Faith

The first time I chuckled out loud over something Pastor Daniel K. Norris wrote was a couple of weeks ago, when he reminded parents not to brag about their children, only to divulge in the same piece that his daughter is “absolutely gorgeous” and that “I’m raising a Saint!”

Modesty. Norris will no doubt tell you it’s one of his greatest virtues.

Now he’s found my funny bone again, this time by chastising pastors, like those in the Clergy Project, who’ve begun to doubt their faith. He faults them for … not keeping a closed mind.

I was waiting for some kind of twist on that eye-popping statement, some clever reveal, but Norris appears to mean it in all earnestness. Keeping your mind closed, he says, is the only valid, lasting path to Jesus.

Open-mindedness is celebrated as an enlightened virtue, one that should be embraced at all times towards all things. Yes, there are a multitude of things that I do not know, and I am very much open to learning. I love the art of discovery, as all God’s children should.

However, sooner or later, your path of discovery has to lead you to a place of decision. 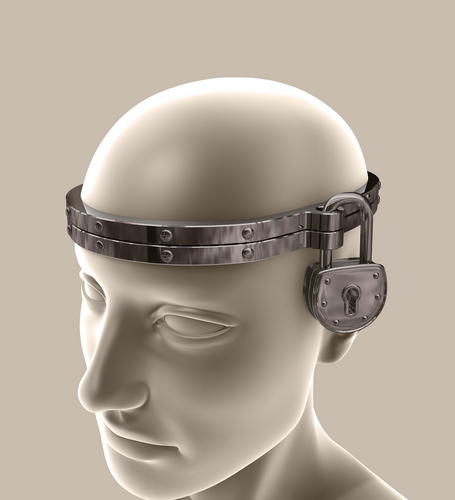 Well, sure. But at that point, Norris says, you’re done. Forever.

I guess he thinks we should resign ourselves to living out our lives in a kind of spiritual Hotel California: You can check out any time you like, but you can never leave.

So no matter how you mature intellectually, no matter what you observe and read and ponder and discuss, you must shut off your brain and keep on pluggin’, just like the Savior did:

I have personally tasted and seen that the Lord is good. I have encountered His presence and can now testify of that which I have seen with my eyes and heard with my ears. I have no doubt. My faith is set. My mind is made up.

Steve Hill [a prominent evangelist and Norris’s boss] has reminded me several times that Jesus was the most closed-minded individual to ever walk the earth.

It’s true. There was no persuading Jesus and no debating with Him. His mind was firmly set upon the truth, and He was unwavering.

I dare say that the joys of closed-mindedness have never been so enthusiastically and unapologetically serenaded.

Two weeks ago, when Ken Ham debated Bill Nye, the pivotal moment came when each addressed the question “What would make you change your mind?” For Nye, it was hard evidence, even just one piece of hard evidence. Ham, by contrast, said that nothing would.

Ham lost at that moment — not just the debate, but what fledgling respect he had been given by people who exist outside evangelical Christianity’s reality-impervious zone.

And let’s not forget Pastor Peter LaRuffa, who said this on national TV last week:

“If somewhere within the Bible I were to find a passage that said two plus two equals five, I wouldn’t question what I’m reading in the Bible. I would believe it, accept it as true, and then do my best to work it out and understand it.”

Norris and Hill are holed up in that same fortified compound, plugging their ears with their fingers and insisting that the rest of humanity is wrong to use its brains, wrong to be curious, wrong to ask questions, wrong to seek knowledge and truth.

If you’ve ever wondered why so many theological discussions with believers are like talking to a wall, now you know: You didn’t shut down your mind first, you silly, silly person.

February 18, 2014
UConn Assistant Football Coach Who Said ‘Jesus Christ Should Be in the Center of our Huddle’ Resigns
Next Post