This is a Powerful Way to Combat a Christian Speaker at Your University February 17, 2014 Hemant Mehta

Last week, Christian apologist Ravi Zacharias spoke at the University of Pennsylvania. The event, sponsored by local Pastor Aaron Campbell and not a campus Christian group, had been in the works for years. 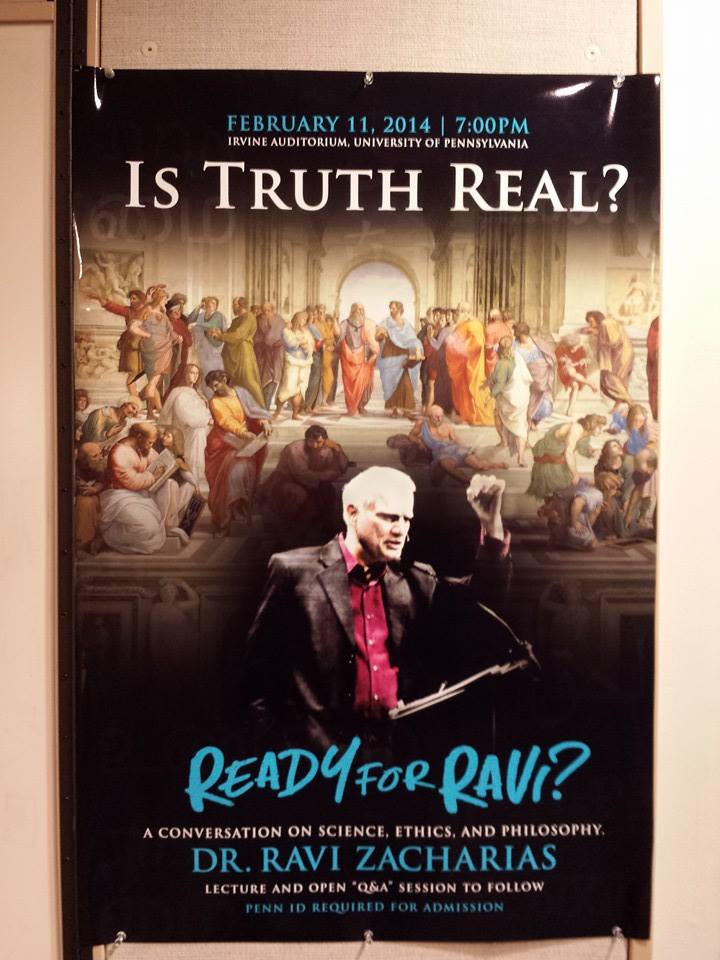 How would you respond to that even if you were an atheist on campus?

Collin Boots decided to write a scathing column in the school’s independent newspaper, The Daily Pennsylvanian:

Pastor Aaron Campbell of Philadelphia’s Antioch of Calvary Chapel has been independently planning the upcoming Ravi Zacharias lecture for over two years. According to Campbell, Ravi’s talk will be “one of the most intellectually stimulating lectures you have ever been to.”What do you think?

I’m sorry, Aaron, but intellectually stimulating is not the same as mentally taxing.

It concerns me greatly to see so many intelligent Penn students praising Zacharias as an intellectual heavyweight. Ravi is an expert rhetorician and apologist, but his views and arguments hardly deserve the term intellectual.

It’s a great article, but was it enough to get through to the attendees of the event? Maybe. Maybe not.

So Seth Koren and the Penn Secular Society decided to give the audience members something to think about as they heard Zacharias’ words.

As people entered the auditorium, group members handed them pre-printed Bingo cards with boxes listing all the logical fallacies and rhetorical flourishes Zacharias is prone to use to make his point (the protester with the sign is unaffiliated with the atheist group): 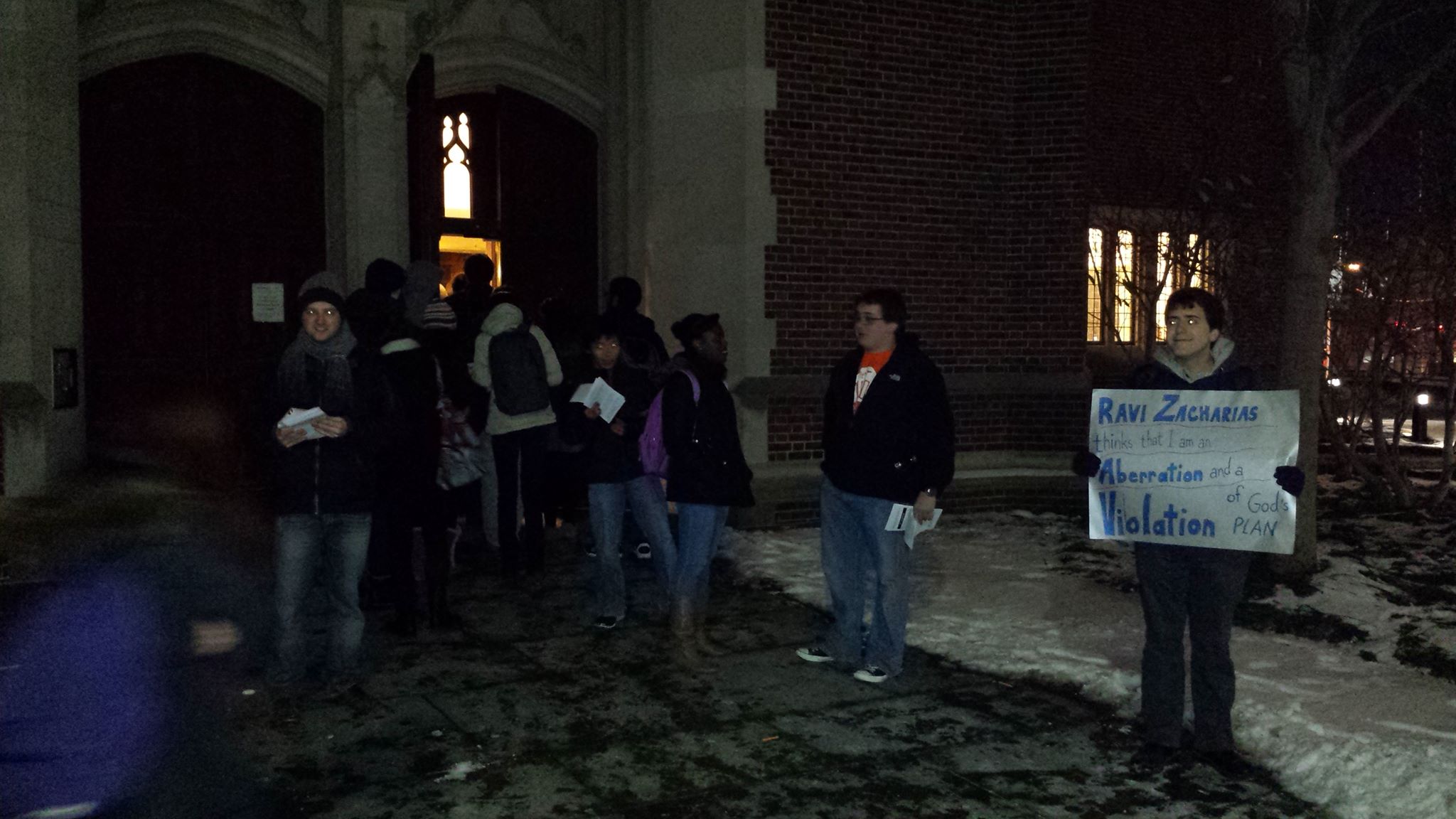 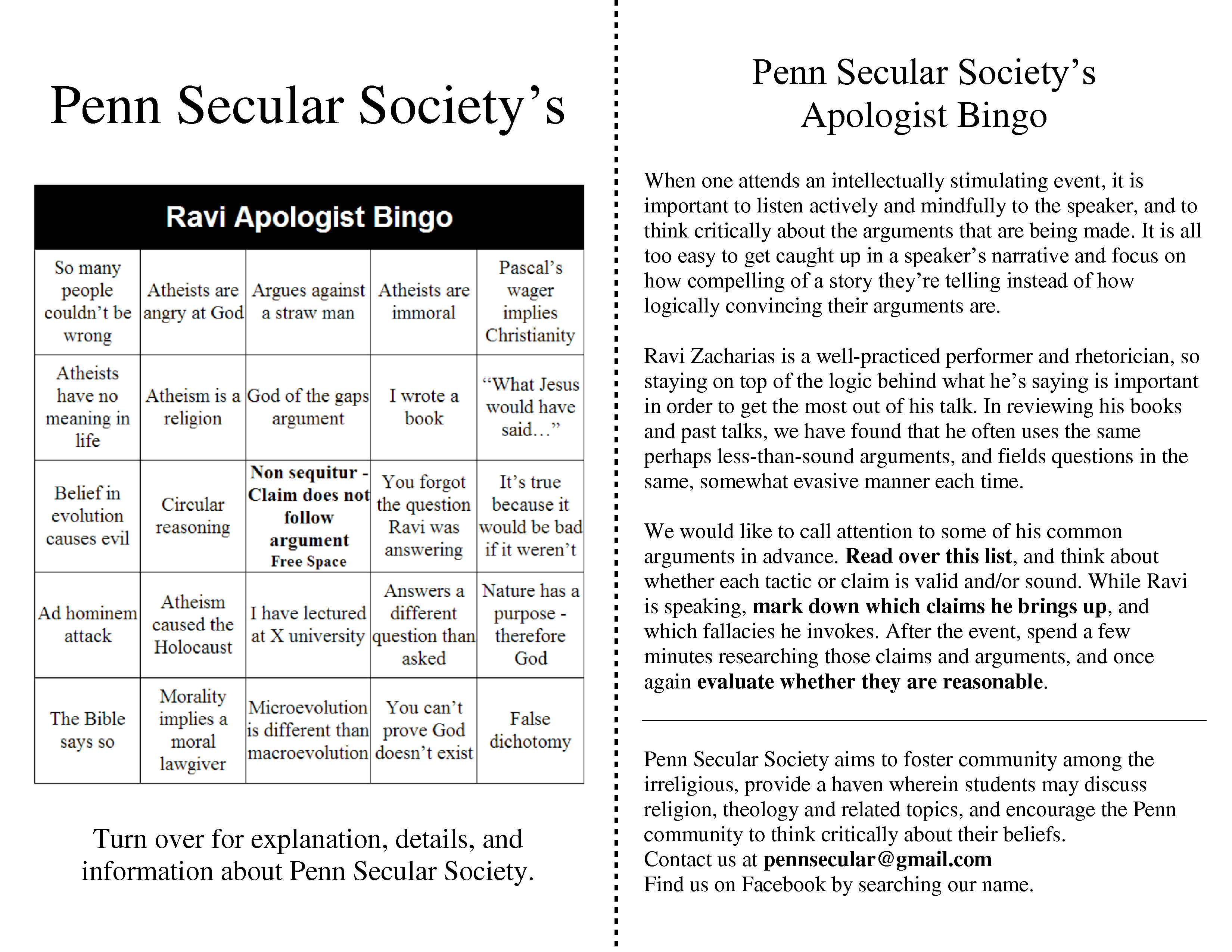 The idea was that people who knew how to identify such gimmicks could check off the boxes during the lecture and turn their cards back in afterwards to earn a prize. Here’s one example of a filled out card — a few boxes went unchecked, but the player still achieved a Bingo! 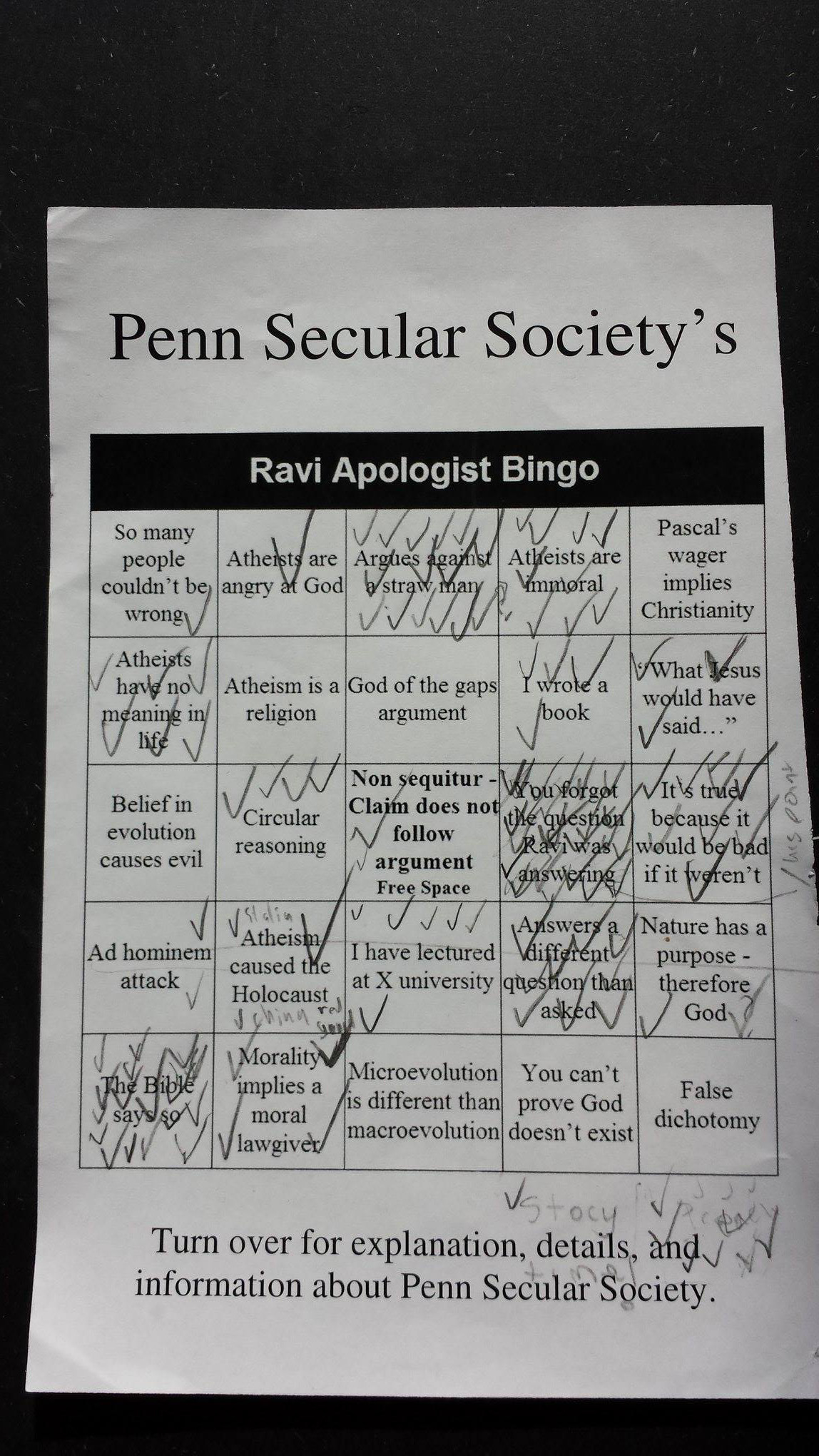 It’s such an excellent way to push back against bad arguments, faulty logic, and speakers who might otherwise go unchallenged. At the same time, you’re not stopping anyone from attending the event nor are you disrupting it.

Hats off to the atheist group for their clever, compelling protest!

February 17, 2014
A Baptist College in Texas Now Has a Hilarious New Name
Next Post