If you have kids, you probably don’t love the idea of the state ordering you to take lessons in how to raise them. You may even feel that such a proposal is a bit, well, insulting.

Diaz is a Democratic Senator in New York State, and also the pastor of the Christian Community Neighborhood Church in the Bronx. Unusually enough for someone with his party affiliation and a constituency of New Yorkers, Diaz is known for this:

In liberal New York City, he is 100% pro-life, one of very few — if not the only — Democrat State Senator to hold to the biblical position. … Pastor Diaz has fought hard for traditional, natural marriage, the only Democrat to stand for one man-one woman marriage in bitterly fought legislative battles year after year. 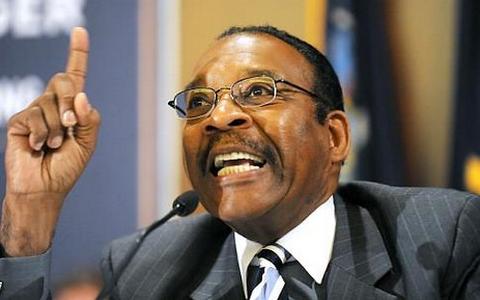 Maybe that should be “most meddlesome pastor” (admittedly, that’s a category with many worthy candidates). You see, Mr. Diaz has been trying to push through his eye-popping mandatory-education bill for parents.

In other words, Rubén Diaz wishes to achieve this grand feat of social engineering over the backs of the children in whose name he’s peddling this legislative monstrosity; they‘ll be penalized if their “parental relations” fail to comply.

Also, as my friend Walter Olson, a legal scholar and pro-civil-rights columnist, wryly puts it,

Why a state bureaucracy would know more about “parenting skills” than parents themselves is not explained.

I’m perfectly fine with voluntary classes being available to teen mothers and fathers, and to anyone else who needs a little help with parenting. Court-ordered instruction for recidivist parental fuck-ups might also be a swell idea.

But forcing good, capable, responsible moms and dads to attend parenting classes is an idea only a rabid statist or an arrogant religious Nanny could love. In Rubén Diaz Sr., New York has both.

February 15, 2014
Now I Know How Mormon Prophets Work
Next Post