A day after the Creation Debate between Bill Nye and Ken Ham, Answers in Genesis posted an after-debate conversation online. It was uneventful as a video — more of the same stuff Ham said during the debate itself — but reader Predrag alerted me to the amusement juxtaposition between AiG’s words and actions. Just take a look at the bottom of the screenshot: 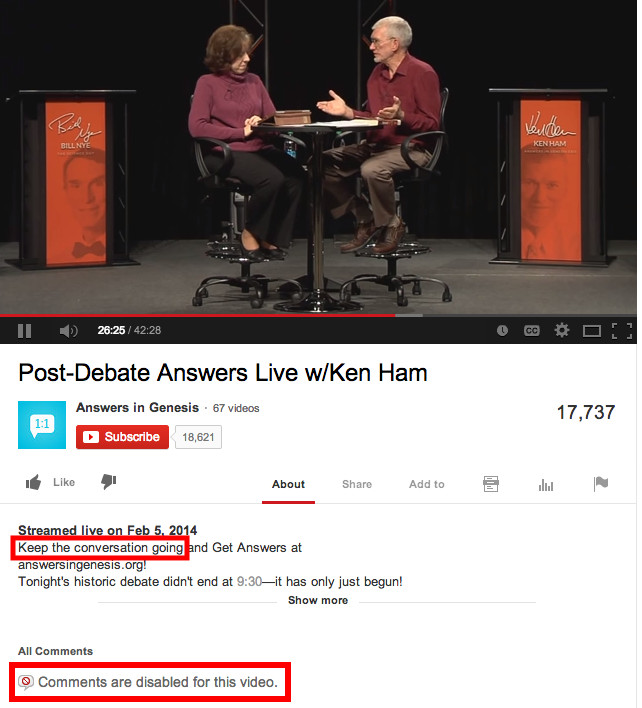 Keep the conversation going!… just not here… because we don’t actually want to be challenged on anything we say.

That’s really everything you need to know about Answers in Genesis in a single image.