Who Gets To Own Words Like Homophobia, Islamophobia, and Misogyny? February 14, 2014 Terry Firma

Who Gets To Own Words Like Homophobia, Islamophobia, and Misogyny?

Quick followup to my earlier post about Rory O’Neill, the Irish drag queen who got herself in a world of legal hurt after she called specific individuals homophobes.

After I wrote it, I pondered the apparent similarity of “homophobia” to words like “Islamophobia,” “anti-Semitism,” and “misogyny.” 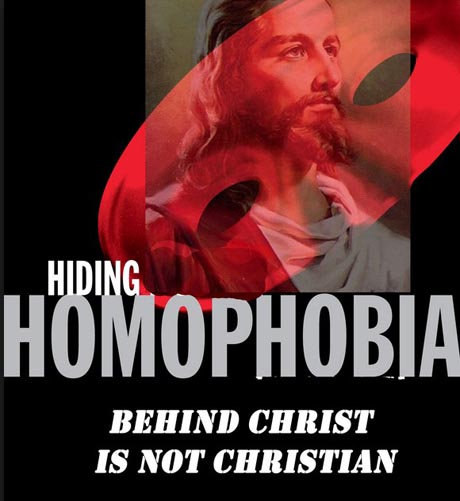 Most of us on the atheist side resent the word Islamophobe being thrown around with abandon. I have the same immediate distaste for the accusation of anti-Semitism that dogs us after we call out certain (orthodox) Jews on their behavior or rituals.

These terms may be heartfelt, and they may be true and sincere allegations in the mind of the person using them — but such words are also facile scarlet-letter curses that are, perhaps more often than not, attempts to shut down debate. The claim of misogyny often falls in that same category (or so it might seem to those who occasionally read Jezebel‘s comment section).

None of these epithets ought to ever be legally actionable, as far as I’m concerned. But if we agree that “Islamophobe” and “anti-Semite” are often abused, even abusive, should we entertain similar qualms about the use of words like “homophobe” and “misogynist”?

What happened to O’Neill is outrageous. If we believe in “what’s good for the goose is good for the gander,” though, I do wonder if there’s something to be said for voluntarily throttling down, across the board, the use of these intemperate fighting-word descriptors.

February 14, 2014 Answering Christians' Questions About Openly Gay Football Player Michael Sam
Browse Our Archives
What Are Your Thoughts?leave a comment