This Kansas Elementary School Has a Cross Atop the Building and Officials Refuse to Take It Down Until Someone Sues February 13, 2014 Hemant Mehta

If you were to visit Spearville Elementary School in Dodge City, Kansas and looked up before you entered the building, you’d be in for a bit of a surprise:

That’d be a giant cross welcoming children through the public school’s door.

Americans United for Separation of Church and State sent the district a letter months ago — and another one last month — but the school board didn’t get around to discussing it until this week and they finally came to a decision:

They’re going to pretend nothing happened.

The USD 381 Board of Education reached an informal consensus at its regular meeting Monday that it would take no action until a plaintiff comes forward with a lawsuit. No official action or votes were taken on the issue.

“I don’t like bringing this up every month,” [Superintendent Daryl] Stegman said to the board. “I think the community stood very firmly that they didn’t want to do anything unless they have to.”

So they’re literally waiting to get sued before they do the right thing.

Part of the complication is that Spearville used to be a Catholic school… more than 35 years ago. They’ve had more than enough time to do a quick renovation.

Let’s point out the obvious: If that symbol was anything besides a cross, it would’ve been taken down a long time ago. But when you have a school board consisting of (presumably) Christians from Kansas, they’re not going to willingly take down a cross from anywhere. They’ll do whatever they can to rationalize keeping it up.

And all of this is what’s going on outside the building. I’m almost afraid to ask what’s happening on the inside. 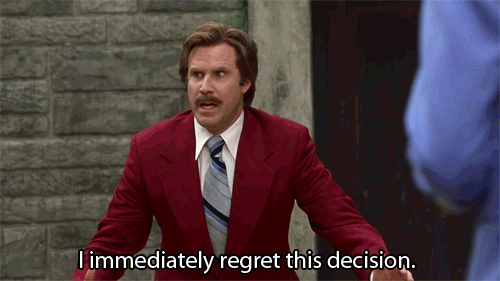 February 13, 2014 Words That Have Never Been Uttered by Anyone, Ever
Browse Our Archives
What Are Your Thoughts?leave a comment