A Hindu activist group in India that had brought a lawsuit against the publisher of an American scholar’s book is getting its way in a hair-raising settlement.

Penguin India, which had published Wendy Doniger‘s The Hindus: An Alternative History, has pledged in writing to stop selling the book and pulp all remaining copies. The political and religious group that forced the book’s removal and destruction charged that The Hindus was offensive and inaccurate and full of “sexual connotations.”

Neither Penguin nor Doniger have admitted to any gross mistakes or mischaracterizations. 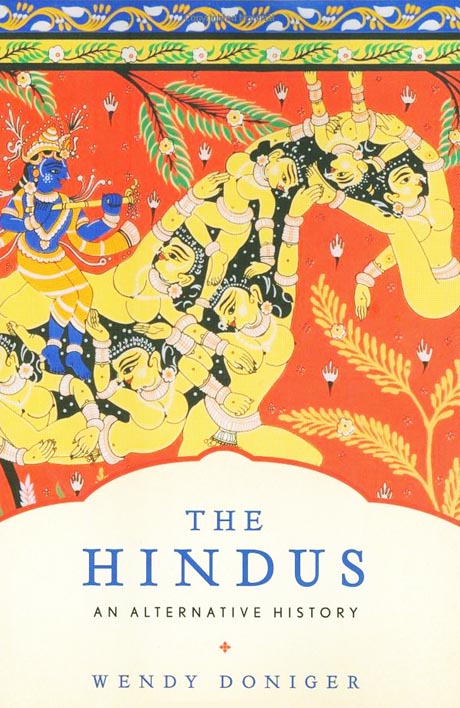 Doniger is incensed about her Indian publisher’s capitulation, and issued a riot-act statement:

“The true villain is … the Indian law that makes it a criminal rather than civil offense to publish a book that offends any Hindu, a law that jeopardizes the physical safety of any publisher, no matter how ludicrous the accusation brought against a book.”

The author has some Indian bigwigs on her side. Cabinet minister Jairam Ramesh wasn’t shy about opening a can of whoop-ass of his own, saying

“The organisation that demanded Penguin take such action is clearly some Taliban-type outfit. It is distorting and destroying our liberal traditions. I hope Penguin reconsiders its decision and musters up courage to tell this outfit off.”

Historian Ramachandra Guha made the best point of all:

“The answer to a book one doesn’t like is another book, not a ban, or legal action, or physical intimidation,” he tweeted.

One thing that sticks in my craw is that Penguin India felt compelled to bow down before the altar of religious respect in a way that has nothing to do with pulling Doniger’s book. Clause 5 in the leaked agreement says that Penguin

… submits that it respects all religions worldwide. 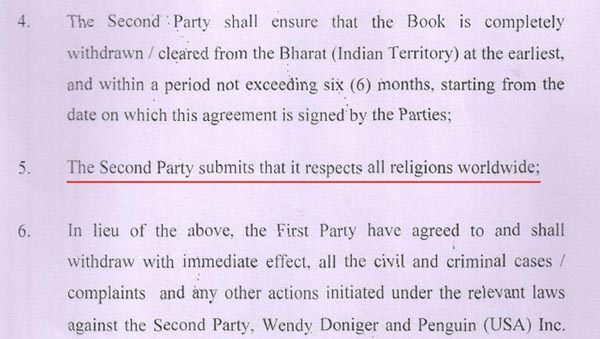 Ironic, that: for religions to be respected, the first order of business would be for its followers to stop behaving like perennially butthurt milquetoasts whose faith is so puny that critics must be silenced by hook or by crook.

In any event, even withdrawing and pulping every last copy of The Hindus in the entire world would not succeed in making the book inaccessible to readers — and may achieve the opposite. The Hindustan Times points out that there’s a website called downloadthehindus where people can obtain legal as well as illegal e-copies of Doniger’s 800-page tome. The paper cheekily provides the address.

February 12, 2014
The Nudist Church: No Fig Leaves For This Congregation
Next Post