Catholics Love the Pope But Hate the Doctrines He Stands For February 11, 2014 Terry Firma

Catholics Love the Pope But Hate the Doctrines He Stands For

As the world’s love affair with Pope Francis continues unabated, there’s one sour note for the pontiff: Even a majority of Catholics don’t buy what he’s supposed to be selling, rejecting the Church’s stance on divorce, marriage rights for clergy, and contraceptives.

The Vatican faces a wide ideological gap with popularly held beliefs in many countries, a new poll [of more than 12,000 Catholics from five continents] finds.

On issues like contraception, gay marriage, divorce and women’s admittance into the priesthood, the Church is at odds with a majority of Catholics in many countries across the world, the poll shows. 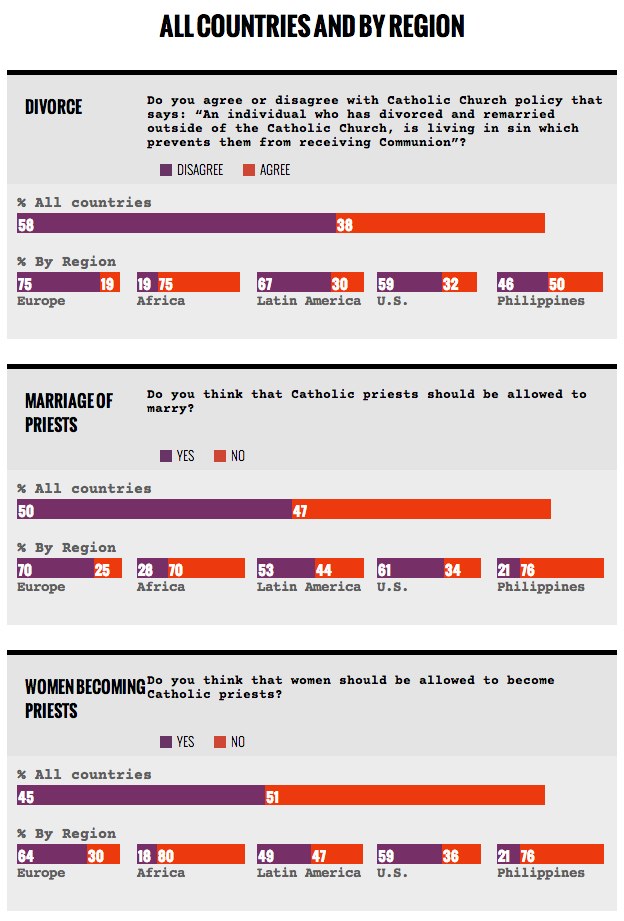 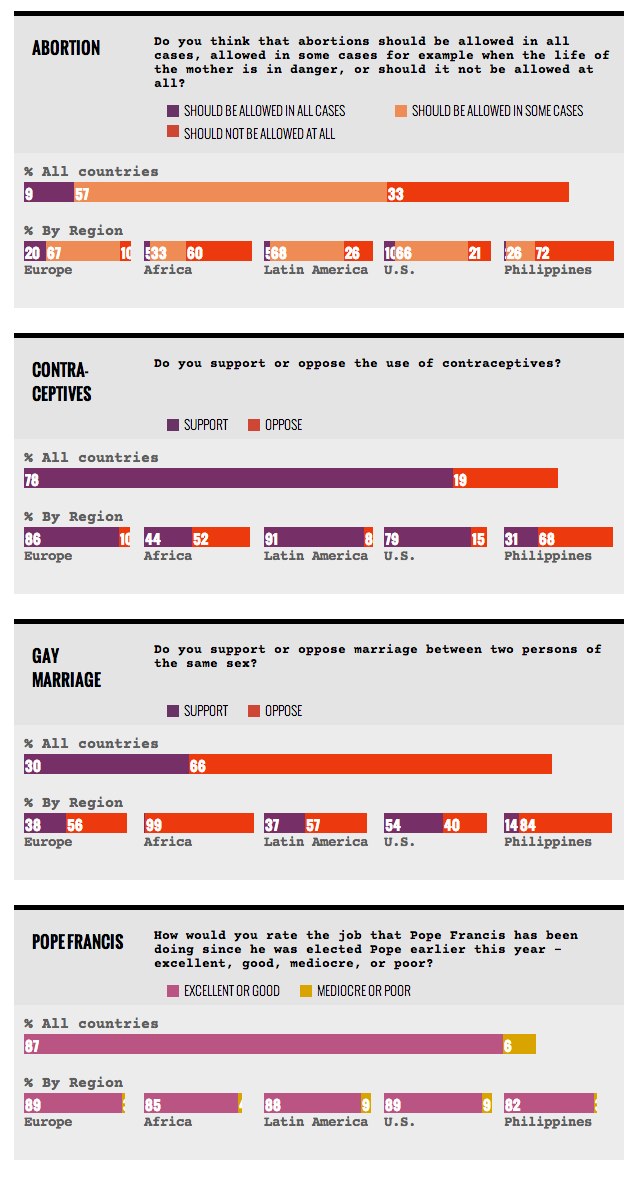 The presence of swaths of South American Catholics who don’t support Vatican doctrine (nor adhere to it, presumably) is especially noteworthy, given that that part of the world is often seen as a Catholic stronghold.

If the Catholic Church wants more fertile ground for its teachings, it should probably concentrate on Africa, where 78 percent of Ugandan Catholics agree with the poll statement “An individual who has divorced and remarried outside of the Catholic Church, is living in sin which prevents them from receiving Communion,” and where 98 percent of Congolese Catholics object strenuously to same-sex marriage.

Time notes that its Person of the Year has

… opened up the Church with more inclusive language, but has yet to issue any fundamental changes in doctrine.

Here’s hoping that the Pope’s masterful window-dressing will soon be followed by actions signaling the Church’s arrival in the 21st century. Its own relevance depends on it.

February 11, 2014
What's the Most Difficult Biblical Contradiction for Christian Apologists to Reconcile?
Next Post

February 11, 2014 Defining Atheism: An Excerpt from The Oxford Handbook of Atheism
Browse Our Archives
What Are Your Thoughts?leave a comment