Alabama Legislator Proposes Bill to Recite Prayer in Public Schools for Up to 15 Minutes a Day February 11, 2014 Hemant Mehta

Have you ever thought to yourself: Alabama is great and all, but what it really needs is more Jesus? I know. Me too. Thankfully, State Rep. Steve Hurst is here to save the day with his new proposed bill: 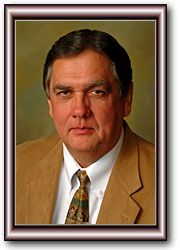 House Bill 318 would put prayer right back into school. Specifically, Hurst wants teachers to lead their students in the same sort of prayers chaplains (or their guests) recite before sessions of Congress — and he wants schools to set aside up to 15 minutes a day for this purpose:

At the commencement of the first class of each day in all grades in all public schools, the teacher in charge of the room in which such class is held shall, for a period of time not exceeding 15 minutes, instruct the class in the formal procedures followed by the United States Congress. The study shall include, but not be limited to, a reading verbatim of one of the opening prayers given by the House or Senate Chaplain or a guest member of the clergy at the beginning of a meeting of the House of Representatives or the Senate.

Of course, this is all well and good for Christians because the prayers always seem to reflect their beliefs, like the most recent prayer I pulled from the House Chaplain’s archive:

O God, you are the Lord of Heaven and Earth, yet You are humble and it is Your delight to serve us, Your beloved children. We pray that we too might have that same spirit of humility and a deep desire to serve.

We thank You for being the humble, loving God that You are. May we become more like You: loving, humble, serving. We pray this in Your holy name.

I’m sure the Muslims, atheists, Hindus, and all other non-Christian students will just delight in that prayer….

Passing this bill wouldn’t just be a slap in the face to them, it’d be a gigantic waste of time for kids and teachers across the state, who could be doing something far more productive with that time.

Hurst said the bill would help students learn more about history and civics.

Hurst said his bill would allow teachers or principals to choose the prayer to be read to students every day.

The Anniston Star notes that you could count on one hand the number of non-Christian invocations Congress has allowed over the years.

Setting aside the likely unconstitutionality of this idea, I have to go back to the length of time again. As a teacher in Illinois, we’re required by law to have an approximately 15-second moment of silence to start our day. It’s completely unnecessary and a complete waste of time. Hurst thinks he’d be doing kids a favor by wasting up to 15 minutes per day? That’s approximately 45 hours a year that wouldn’t be spent teaching the kids something more useful.

There’s nothing redeeming about this legislation. If Muslims offered invocations as much as Christians did, Hurst would never even consider a bill like this. Not for a second.

What’s especially disappointing is not that his Republican primary challenger won’t admit this is a bad idea (saying “It’s interesting, but I don’t jump in to support a bill I haven’t read”), but that his likely Democratic opponent won’t completely denounce it either (“I think prayer is important in anybody’s life… but setting aside 15 minutes for a prepared prayer isn’t as constructive”).

Amazing how a seemingly unconstitutional bill that would push prayer back in school isn’t unequivocally condemned by anyone running for office.

That doesn’t mean, however, that you shouldn’t contact Alabama representatives and urge them (respectfully, as always) to vote against this bill.