Ohio Christian University, Whose President’s on the State School Board, Gets Taxpayer Money to Teach ‘Biblical Truth’ February 10, 2014 Hemant Mehta

Ohio Christian University, Whose President’s on the State School Board, Gets Taxpayer Money to Teach ‘Biblical Truth’

If you’re a high school student in Ohio, you may be enrolled in a Post-Secondary Enrollment Options Program where you can take courses that’ll earn you college credit (similar to Advanced Placement classes).

But there are rules about the kinds of classes that are offered under this program:

Public and nonpublic high school students may enroll in nonsectarian, college-level courses and receive college credit and/or credit toward graduation from high school.

So let’s say you’re a college willing to take on some high school students. The publicly-funded school districts will help reimburse the cost of tuition. Good deal!

That brings us to the shenanigans taking place at Ohio Christian University, exposed by Carol Biliczky of the Akron Beacon Journal. 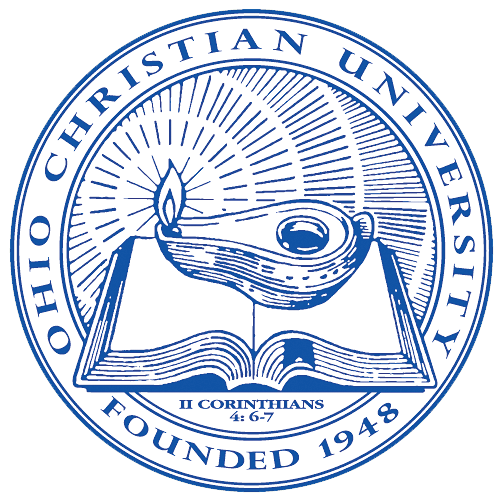 In short, OCU offers classes to high school students that are taught from a Christian perspective. And then they rake in tuition dollars from taxpayer-funded school districts:

State law prohibits religious instruction as a part of the publicly funded Post-Secondary Enrollment Options Program, but Ohio Christian University makes clear on its website that it teaches with a conservative Christian perspective.

As an example of its curriculum, the school says students taking the class Survey of American History “will be able to analyze the varied political, economic, religious, and cultural achievements of America in light of biblical truth,” according to an online course description.

How does this even happen?

Well, I’m sure it’s a complete coincidence that OCU’s President Mark Smith just happens to be on the state school board…

C. Todd Jones, the paid lobbyist for Ohio Christian University and about 50 other private colleges in Ohio, not only sits on the school board with Smith but chairs the committee that is deciding the gifted guidelines. He has actively lobbied the legislature and governor’s office on PSEO law that would benefit the colleges at the same time he is running board meetings on the topic.

The Ohio Ethics Commission has received a complaint regarding Jones’ activity, but will not say whether an investigation is underway.
For Jones’ clients, the PSEO program appears to be an explosive source of income.

In the Circleville Herald newspaper in March, Smith wrote that OCU has “more high school students in college classes than any other private university in the PSEO program.”

What’s also disturbing is that Ohio officials won’t even admit the Christian classes are sectarian:

… John Charlton, spokesman for the Ohio Department of Education, said in an email that there is no definition for what constitutes a “sectarian” or “nonsectarian” course.

He said it is the responsibility of the college offering the course and the student’s home high school to determine if the course is nonsectarian “and therefore makes the course eligible for reimbursement.”

John Green, a specialist in politics and religion at the Bliss Institute for Applied Politics at the University of Akron, said the classes sound sectarian, but wondered how important the issue is.

“These courses would seem sectarian, from the point of view of advocating Christianity,” Green said.

But, he said, “If everybody’s happy, then there’s nothing to worry about. They can turn their attention to where there is unhappiness.”

In other words, let them break the law if it keeps everyone happy. Plus, we’re not even sure if classes offered in “light of biblical truth” are really sectarian.

Maybe they’ll pull out their dictionaries to look up the word “sectarian” once a lawsuit comes their way.

***Update (2/17/14)***: The Freedom From Religion Foundation has sent a letter to Dr. Richard A. Ross of the state’s Department of Education, asking him how the state plans to address this constitutional concern.

(Thanks to @_LOSTInThought for the link)

February 10, 2014
In U.S., (Non-)Religiosity and Political Preference Are Heavily Linked. That's Terrible News For the GOP.
Next Post