Hospital Apologizes For Telling Patient That Atheists Shouldn’t Be Allowed to Procreate, But Stonewalls Inquiry

Last week, an Oklahoma resident named Scott accompanied his wife to the Catholic Mercy Memorial Hospital in Ardmore. As I reported on Thursday, the two of them made their way to one of the registration rooms to check in Scott’s spouse for some tests. After the receptionist asked them about their religious affiliation and was told “no preference,” the following happened, Scott says:

[S]he went on to say in all her time doing this, she’s had two people claim [to be an] atheist. One was a typical punk teenager with black eye-liner, and just didn’t know any better. The other really surprised her though because she was a sweet lady and had two cute kids with her. “How can she say atheist in front of these kids?! You shouldn’t be allowed to reproduce if that’s how you feel. That’s just my opinion.“ 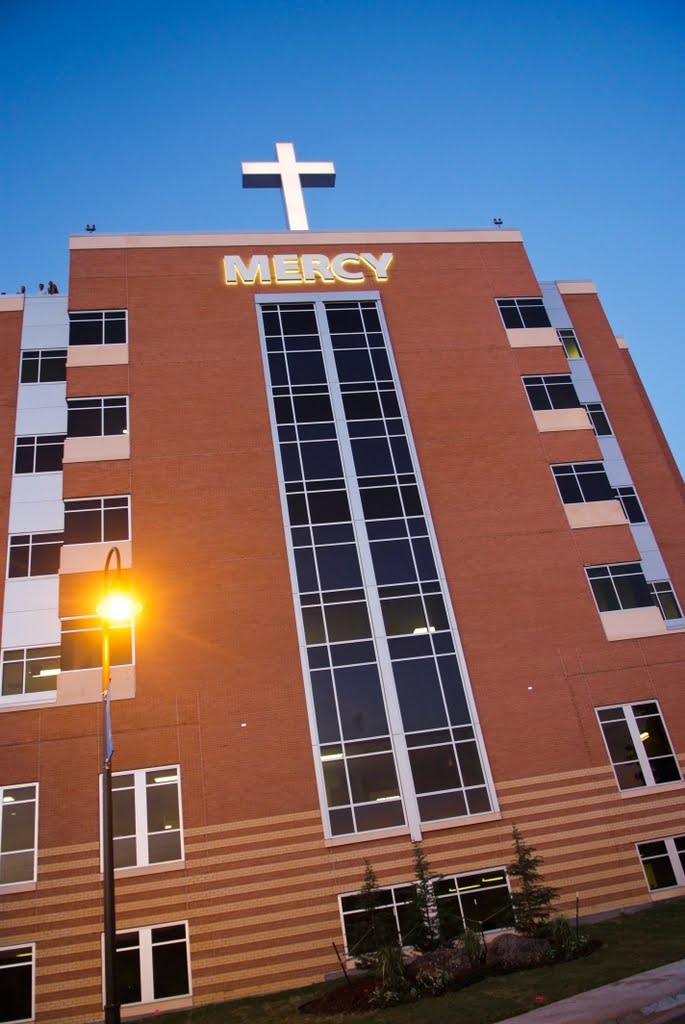 I called Mercy Hospital’s press officer, Rachel Wright, who appeared to take the matter seriously, and who repeatedly assured me by e-mail that she and Tom Edelstein, vice president of mission and ethics at Mercy, would call me back to answer all my questions. At the eleventh hour, though, they reneged on that promise, and instead issued the following statement by Edelstein:

The tradition of Mercy hospital is to respect the inherent dignity and beliefs of all who seek care. We expect that we will deliver compassionate care to all and respect their religious beliefs and faith traditions. We do not condone any breach of this central tenet of our mission, apologize for any experience to the contrary and take action to assure that all will be welcome at Mercy.

I still had a few questions after that. Does Mercy’s respect for all “faith traditions” extend fully to people of no faith? What are the actions the hospital is taking to ensure that “all will be welcome at Mercy”? Was management able to find out if the receptionist in question had a history of sharing her brand of bigotry with unsuspecting patients? What specific corrective measures will be taken to make sure that she treats future clients with the professional demeanor and basic respect that Mercy says it stands for?

On Friday and today, I made additional calls, and sent several e-mails, to get a member of Mercy’s management staff to provide additional information — no dice.

For their part, Scott and his wife fared better. He e-mailed me to say Mercy had responded to the complaint he’d submitted through the hospital’s web form.

I just got a call from Kathryn Abbey, vice president mission and ethics, the VP of Mission and Ethics at the Ardmore Mercy Memorial. She was very apologetic and appreciative of my feedback. She assured me she had spoken with the president, human resources, and VP of registration about the incident. They were able to find the receptionist in question and she will be coached on her next shift. Kathryn assured me this is not acceptable.

That response still lacks specifics, but it’s a helluva lot more forthcoming than Edelstein’s. Scott says he believes that Abbey was sincere, which is more good news. He deserves our and Mercy’s thanks for speaking up.

February 10, 2014
Did Christians Really Win a Gold Medal in the Oppression Olympics?
Next Post

February 10, 2014 Secular Student Alliance Looking for Conference Speakers
Browse Our Archives
What Are Your Thoughts?leave a comment