Yesterday, Another Arizona Legislator Delivered a Godless Invocation on the House Floor

Carl Sagan once wrote, “For small creatures such as we, the vastness is bearable only through love.” There is, in the political process, much to bear. In this room, let us cherish and celebrate our shared humanness, our shared capacity for reason and compassion, our shared love for the people of our state, for our Constitution, for our democracy — and let us root our policymaking process in these values that are relevant to all Arizonans regardless of religious belief or nonbelief. In gratitude and in love, in reason and in compassion, let us work together for a better Arizona.

It was that awesome.

Well, yesterday, on a day when representatives from the Secular Student Alliance and the Secular Coalition for Arizona were visiting the state capitol, another politician delivered a godless prayer. This time, Rep. Ruben Gallego (below) did the honors: 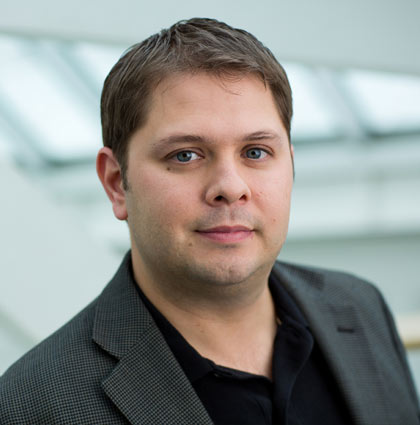 Here’s what he said, according a prepared transcript (though I don’t have video confirmation yet):

The purpose of our opening prayer is to ask for something important. I’m asking that whichever God you pray to or whichever value system inspires you, let’s stay focused on beliefs we all share — like the idea that we should do for others what we want for ourselves.

There is a version of the Golden Rule in nearly all religions and secular traditions. They all say we should treat people like we want to be treated.

Hardworking Arizonans and their families want to be treated like their state government is here for them. They want to know we’re going to fight for them. That we’re here making Arizona a place of prosperity and opportunities. Let’s practice the Golden Rule today and get to work.

Harmless, inclusive words, right? Still, it didn’t come without a bit of controversy:

Although Gallego was under the impression he was scheduled to say the prayer, House Speaker Andy Tobin introduced a rabbi to lead the prayer.

Turns out, Republican Representative John Kavanagh introduced a group of local religious leaders from a multi-religious organization, including that rabbi, an imam, and several Christian church leaders sitting in the House gallery, before [Rep. Stefanie] Mach introduced the equally large group of non-theists sitting next to them.

No word yet on whether or not that was purely coincidental… considering a Republican House member delivered a second invocation the day after Mendez gave his secular one, to make it up to God or something, I wouldn’t put it past them…