It was just over a week ago when we were talking about a Virginia bill, Senate Bill No. 236, that would legalize student-led, administration-supported proselytizing at football games, during morning announcements, graduation ceremonies, and anywhere else where students had a public forum.

The Senate passed the bill on a 20-18 vote, and it passed through a House Committee on Education earlier this week.

To my shock — especially since Republicans have a sizable majority in the House — the bill hit a wall when it got to the House Courts of Justice subcommittee on constitutional law. Turns out letting students use every public forum provided by the school as an opportunity to proselytize isn’t such a great idea after all…

The highlight of the debate may have been when delegates were listening to the warnings of ACLU of Virginia director Claire Guthrie Gastanaga (below): 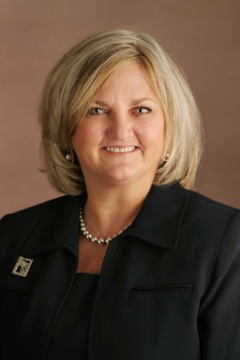 Del. Greg Habeeb, R-Salem, asked Gastanaga whether existing law would provide protection if a school tried to banish his child from the stage for saying “God is important to my life” in a valedictory speech.

“Send them to me,” Gastanaga said.

That exchange just shows the reality of the situation. Current laws already protect Christian students who express their viewpoint; even the ACLU has their backs! What the law cannot and should not allow is for the Christian majority to turn every football game and graduation ceremony into a pulpit from which they can spread their faith.

Since no one on the subcommittee made a motion to advance the bill (House Bill 493), it is effectively dead.

Good on those legislators for making the right call. Christians will continue having all the privilege they always had, but at least public schools won’t become extensions of local Christian churches.

February 7, 2014
In U.K., Atheist Tries to Sue Mormon Church President; Monson Ordered To Appear in Court for 'Fraud'
Next Post