You may remember that in 2005, Italian-Canadian sculptor Cosimo Cavallaro crafted a life-size chocolate Jesus that greatly offended Catholic League grandstander Bill Donohue. Donohue told Cavallaro that the artwork was ”one of the worst assaults on Christian sensibilities ever,” and added, ”You’re lucky I’m not like the Taliban, because you would lose more than your head.” 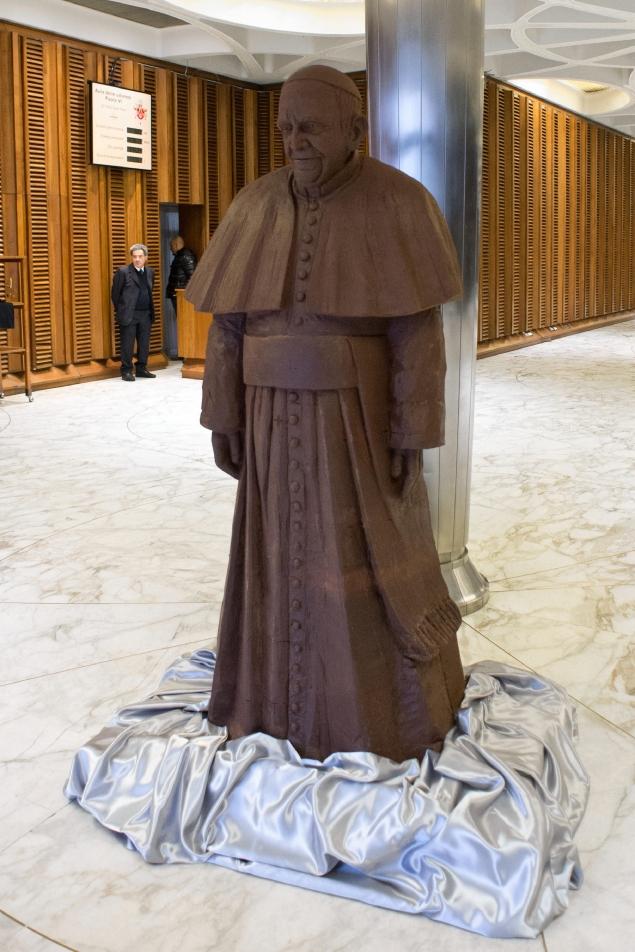 The chocolate pope was given to Francis as a gift during his general audience.

Reportedly, 1.5 tons of cocoa went into the making of this sweet papal doppelganger.