New York State Senator Says Inclusion of ‘Under God’ in the Pledge is a ‘Unifying Legacy’ of Our Nation’s History February 5, 2014 Hemant Mehta

Yesterday, the New York State Senate passed a resolution sponsored by Lee Zeldin (Republican, of course) commemorating the 60th anniversary of the addition of “Under God” to the Pledge of Allegiance: 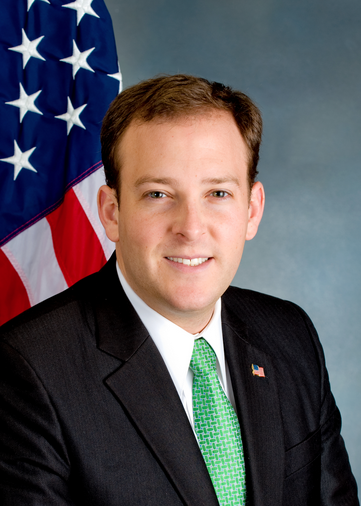 For the most part, this is one of those acts of privilege for religious politicians. Zeldin doesn’t know or doesn’t care about what those words have meant to non-religious students who have been forced or pressured to stand up and say them despite not believing them. I wouldn’t care all that much if it wasn’t for Zeldin saying this in his press release:

“The inclusion of ‘Under God’ in the Pledge of Allegiance has become a unifying legacy of our nation’s history,” Senator Zeldin said. “While its use dates back as far as President Lincoln’s Gettysburg Address, it was officially adopted in 1954, at a time when our nation’s democratic values were under attack. As a veteran, I consider the phrase especially important as it serves to remind us all, every day, to continue fighting for and protecting our god-given rights.”

Unifying?! I guess in Zeldin’s mind, atheists, Hindus, and Muslims are all united under their belief in the Judeo-Christian God?

How could the phrase be unifying when the Supreme Court heard a case about whether or not it should remain in the Pledge?

Zeldin was just talking without thinking, paying no attention to how his words would be perceived by atheists. He probably took lessons from his colleague Andrew Lanza.

February 5, 2014
How Should Nonbelievers Label Themselves? Humanist Roy Speckhardt Says It Doesn’t Matter
Next Post