How Should Nonbelievers Label Themselves? Humanist Roy Speckhardt Says It Doesn’t Matter

Silverman wants Jews who don’t believe in God to assert their atheism and stop identifying as Jews. He believes that nonbelievers should “come out” to their families and friends and in some instances their work colleagues, identifying themselves as atheists. He argues that when religionless Americans avoid the word “atheist” to describe themselves for fear of sounding exclusionary, they are being dishonest. “Atheist is the correct word that has simply been made into a bad word by bigots,” he said, arguing that only the word “atheist” accurately conveys the proper meaning to people who are believers, “and telling the truth benefits everyone.”

Friendly Atheist guest contributor Kate Bigam raised her voice in protest, arguing that “secular Jew” is most assuredly a perfectly fine descriptor of many people whose culture and heritage is Jewish, even if they never open the Torah or go to a synagogue.

Now, at the Huffington Post, Roy Speckhardt of the American Humanist Association weighs in. Speckhardt would like all nontheists to present a more or less united front, without petty squabbling about labels. 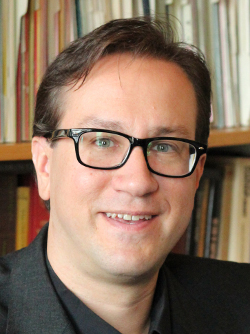 If we were to follow Silverman’s advice and limit the movement to those who are willing to only identify as atheists, the nontheist movement would look small indeed. And what’s more, that smallness would make it all the harder to achieve our shared aim of equality for all who are good without a god. It shouldn’t be required for people to give up their other identities and claim only atheism, as people can and do identify with aspects of a particular religion that they agree with while still choosing not to believe in a god.

By definition, identifying as atheist indicates that one doesn’t have a belief system that includes a god, nothing more. It doesn’t encompass all the views that a person has when it comes to personal values, which is why terms like “humanist” and “secular Jew” are so important. Nonreligious Jews might not believe in a god, but they may base their ethics or culture on elements of Judaism that they find to be meaningful. The same goes for humanists who find that a simple negation of belief in a deity is not enough to live life ethically and fully, and that the progressive values of humanism complement their skepticism.

Here’s the nut of his argument:

Demanding that people identify only as atheist limits the ability of individuals to truly express not only what they don’t believe in, but what they do believe in. …

It’s obvious to me that any search for purity of name for members of the nonreligious movement is a losing battle that could unnecessarily constrain the movement in the long term and prevent people who don’t believe in a god, even if they still ascribe to religious traditions, from joining. At the end of the day, as long as people aren’t expecting divine intervention in their lives, they are already acting as an atheist, no matter what self-identifying term(s) they use.

I like referring to myself as an atheist, because it is simple and unapologetic — no excuses, no waffling, no confusion. But I agree with Speckhardt that demanding ideological purity in self-labeling is a little much.

If Jesus were real and returned to earth, I’d love to see the look on his face when he learns that his teachings have spawned over 40,000 Christian denominations, all claiming to faithfully represent him while often fighting nasty battles with some of the other 39,999 groups (give or take).

Secularist, freethinker, atheist, humanist, skeptic, agnostic, nonbeliever? There are notable differences in definition, but what binds us is that we all cast a wary eye on what Speckhardt calls “supernatural and dogmatic authoritarianism.”

Surely we can do better than this:

February 5, 2014
Was the Creationism Debate Worth It?
Next Post

February 5, 2014 New York State Senator Says Inclusion of 'Under God' in the Pledge is a 'Unifying Legacy' of Our Nation's History
Browse Our Archives
What Are Your Thoughts?leave a comment