Christian Group Warns Prom-Goers Not to Have Sex Because… Chlamydia February 4, 2014 Hemant Mehta

Christian Group Warns Prom-Goers Not to Have Sex Because… Chlamydia

My prom night involved being around close friends, sharing nice food, enjoying a night of dancing, and spending the next day together at an amusement park.

The folks at Liberty Counsel, who are promoting abstinence-until-marriage with their “Day of Purity” (on Valentine’s Day), think that Prom must be synonymous with venereal diseases.

I think we went to different proms.

But that would at least explain their promotional ads: 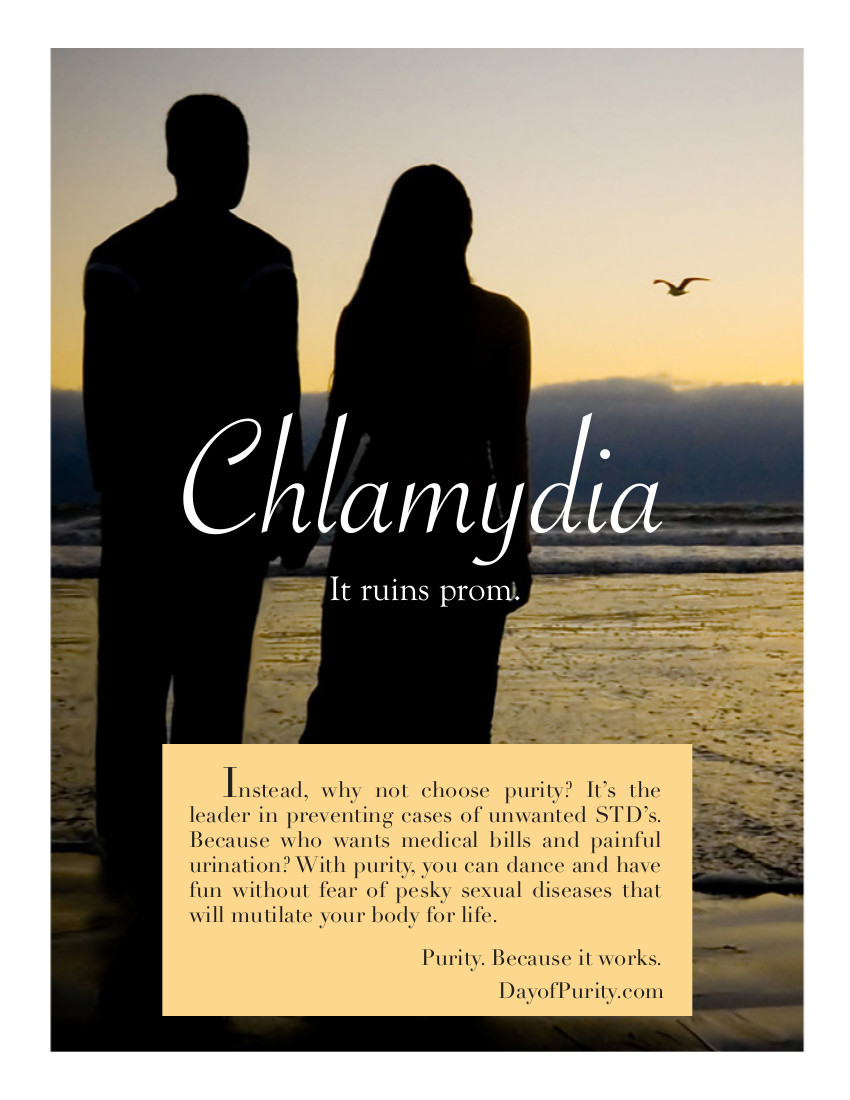 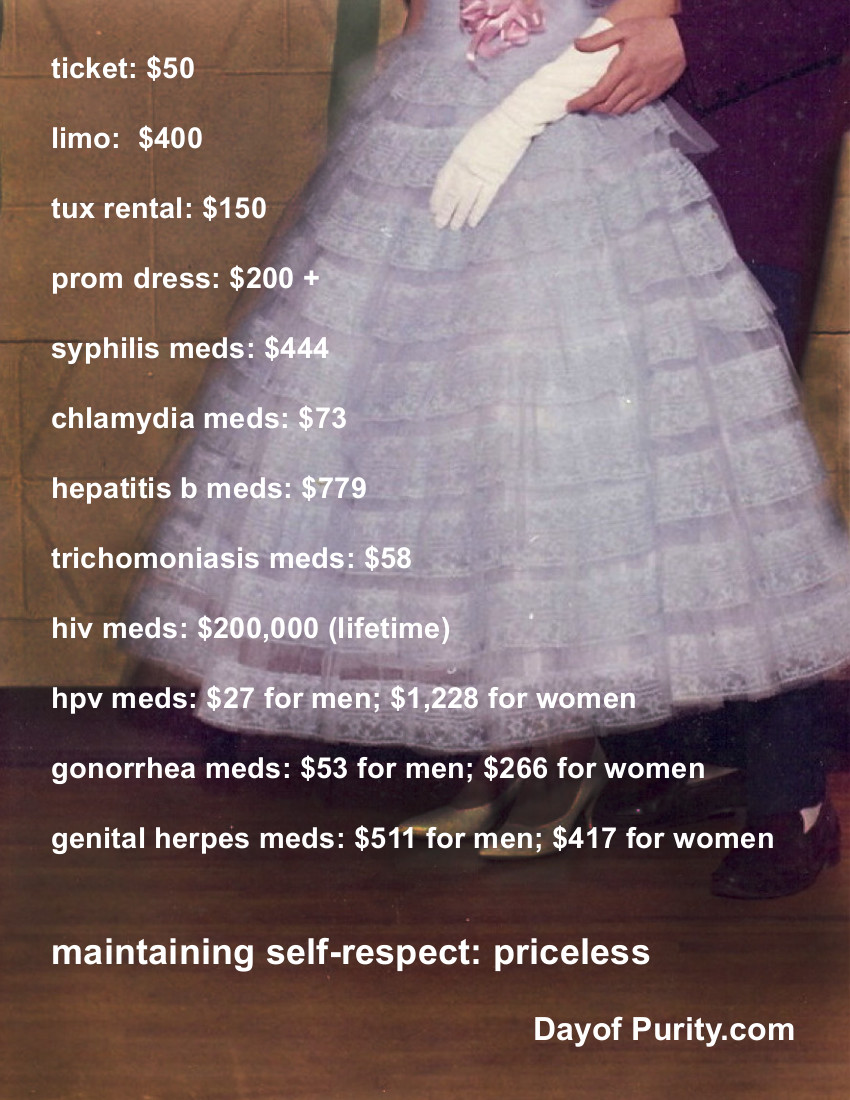 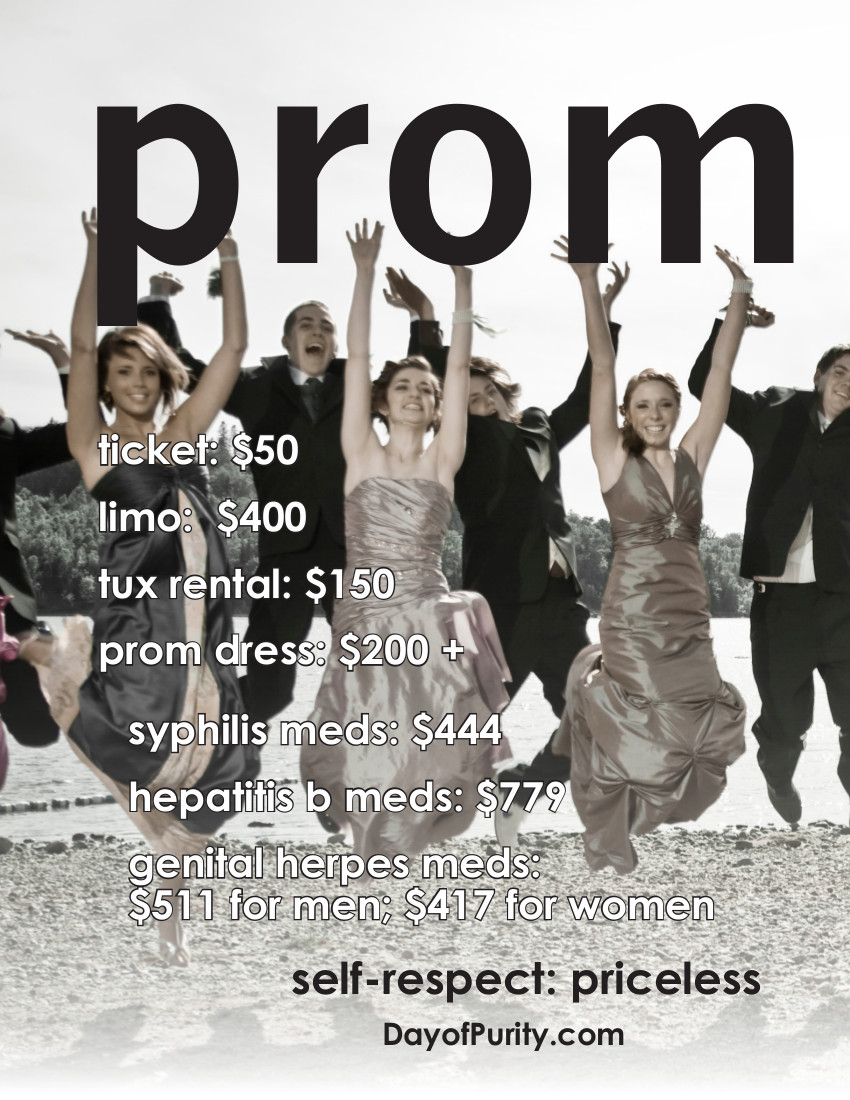 I swear those aren’t photoshopped. They think those posters are persuasive, as if Prom always leads to sex, and as if sex always leads to disease. There’s no attempt to be rational or realistic. They’re going for full-blown paranoia.

They’re also pushing their martyr-complex, suggesting that those of us who see abstinence as one option out of many are somehow trying to stifle their speech:

There are those in today’s culture that are trying to silence those who believe that sex should be saved until marriage between a husband and a wife. They say they want tolerance and diversity, but what they really want is to silence anyone who believes in traditional values and traditional family. You have the right to speak and be heard. Be mature and speak out for what you know is right and true.

Who is silencing them? Not me. Hell, I’m giving them free publicity.

It’s not comprehensive sex education advocates. They’re not trying to push abstinence out of the picture; they just want other (realistic) options included in the curriculum.

This is nothing but Jesus-sanctioned lying. By blowing things out of proportion for what they believe is a good cause, Liberty Counsel doesn’t care if their advice is ridiculous or exaggerated. They’ve instilled fear in some children and that lets them sleep well at night.

February 3, 2014
A Riff on Atheism During a Beatboxing and Live Looping Concert
Next Post