Pastor Arranges Gay-Sex Rendezvous. No, Actually, You Haven’t Heard This One Before February 3, 2014 Terry Firma

Pastor Arranges Gay-Sex Rendezvous. No, Actually, You Haven’t Heard This One Before

Larry Craig. Ted Haggard. George Rekers. There’s quite a range of pastors and politicians who, after years of making money off of demonizing gay people, turn out to really like rent boys and male prostitutes, or who can’t contain their wide stance in a men’s bathroom. 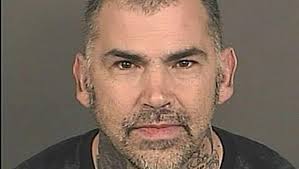 Abromovich trolled for gay sex on Craigslist — big shock, right? But here’s the weird thing about the good reverend: As far as we know, he didn’t go through with the sex part. Instead, Abromovich arranged to meet his victim for a tryst, then promptly identified himself as a U.S. Marshal before cuffing the man and robbing him of cash, a watch, a bank card, an iPad, a cell phone, and a laptop, saying he was taking all these things as “evidence.”

A spokesperson for the Denver District Attorney’s Office says there’s a good possibility that Abromovich pulled this stunt more than once.

The minister was apprehended and charged with multiple felonies, including kidnapping, robbery, and impersonating an officer of the law.

February 3, 2014
Take a Couple of These and Call Me in the Morning
Next Post

February 3, 2014 Super Bowl Schmuper Bowl
Browse Our Archives
What Are Your Thoughts?leave a comment