How Could This Disney Show Briefly Featuring Lesbian Parents Possibly Upset Anyone?

In a recent episode of the Disney Channel show “Good Luck Charlie,” Charlie’s parents set up a playdate with her friend Taylor… and they soon learn that Taylor has two mothers: 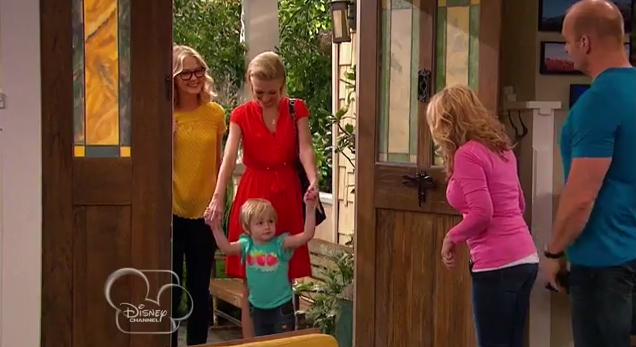 Cute clip. It’s pretty anti-climactic, actually. The only issue with the “two mothers” is they weren’t what the main parents expected. Then it’s over and their kids play.

To nobody’s surprise, a couple of Christian hate groups are up in arms over this because the show didn’t properly condemn homosexuality.

Like Peter LaBarbera of Americans for Truth About Homosexuality (which spreads lies about homosexuality):

… If you are a Christian and/or moral-minded parent who wants to teach your children that homosexuality is aberrant and wrong behavior — i.e., you don’t want to model sinful relationships as normative to your kids — YOUR morality and faith, and your child’s innocence, are being undermined by Disney.

… but if you’re a decent human being, then none of that should be a problem.

One Million Moms (total number of Facebook likes: Just under 63,000) also joined in on the hate:

… Disney has decided to be politically correct instead of providing family-friendly programming. Disney should stick to entertaining, not pushing an agenda.

Conservative families need to urge Disney to avoid controversial topics that children are far too young to comprehend. This is the last place a parent would expect their children to be confronted with topics that are too difficult for them to understand. Mature issues of this nature are being introduced too early and too soon, and it is extremely unnecessary.

Yes, how dare Disney run away from family-friendly programming by showing two families being friendly?! And I’m pretty sure children can handle seeing two parents who love each other. There’s nothing difficult or controversial about that one unless you’re training your kids to be little bigots.

Charisma, the Christian publication, reprinting an article from the UK-based Christian Institute, says that the clip was somehow “glorifying lesbian parents.” I watched the clip. I don’t remember seeing the parade.

What’s especially heinous about these complaints is that the show didn’t “promote” or “endorse” homosexuality at all. The only thing the writers did was show the existence of a gay couple. That’s what this uproar is all about. That’s what these Christians are unable to handle. They’ll complain about people calling them “hate groups” but this about as clear-cut as the evidence gets. They’re complaining because gay people exist and Disney portrayed them as human beings instead of sexual deviants.