Medical Associations in Scandinavia Want To Stamp Out Ritual Circumcisions. Here’s Why I Might Oppose Such a Ban January 30, 2014 Terry Firma

Medical Associations in Scandinavia Want To Stamp Out Ritual Circumcisions. Here’s Why I Might Oppose Such a Ban

European countries seem to be getting increasingly serious about ending the genital mutilation of children.

Four months ago, Eurocrats in Strasbourg overwhelmingly passed a resolution that called male ritual circumcision a “violation of the physical integrity of children.”

The resolution asked member states to

… “initiate a public debate, including intercultural and interreligious dialogue, aimed at reaching a large consensus on the rights of children to protection against violations of their physical integrity according to human rights standards” and to “adopt specific legal provisions to ensure that certain operations and practices will not be carried out before a child is old enough to be consulted.”

Practices covered by the resolution include female genital mutilation [and] the circumcision of young boys for religious reasons. 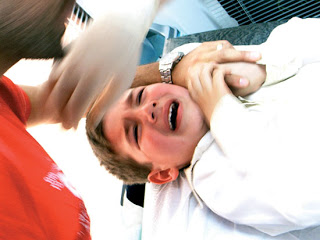 Now, medical associations in Denmark and Sweden are entering the fray with proposals to ban the circumcisions of young children altogether, except when there is a medical necessity. Believers seeking to please G_d or YHWH will still be free to have their genitals trimmed with a scalpel, just as soon as they’re old enough to apply reason and give informed consent (under the Swedish proposal, that’s at age 12).

The Sweden Medical Association, which counts 85% of the country’s physicians as members, recommended setting 12 as the minimum age for the procedure and requiring a boy’s consent in a resolution which was unanimously passed by the ethics council, reported the [newspaper] Svenska Dagbladet.

The Danish College of General Practitioners, a group with 3,000 members, made a statement that ritual circumcision of boys was tantamount to abuse and mutilation, according to Danish newspaper BT. They polled their readers and found that 87% were in favor of a ban on non-medical circumcision.

And that’s not all. The anti-circumcision momentum is growing. The Jerusalem Post reported in October that

Not everyone believes the goal is to protect children. Manfred Gerstenfeld, in an opinion piece for the Jerusalem Post, suspects that the motives of the anti-circumcision faction are primarily anti-religious. He imagines that his religion is being threatened by a cabal of atheists and anti-Semites.

One should not be naïve: there is a major, ongoing battle against religion as Europe moves toward secularization. There is also a strong desire in some political circles to make life uncomfortable for Muslims.

Problems for Jews affected by these anti-Muslim actions are often considered collateral damage. Yet this means that anti-Semitism plays a role in the attacks on circumcision.

Gerstenfeld has a friend in columnist Brendan O’Neill, who recently ratcheted up the rhetoric in the U.K.’s Telegraph by alleging that New Atheists and busybody regulators are in cahoots to stick it to the Jews:

What these fashionable loathers of circumcision don’t seem to realize is that if you ban circumcision, you ban Jewish boys; you make it impossible for Jewish boys to exist.

Come again? Does anyone know what that even means? Has King Herod come back from the dead and turned from Judaism to atheism? Is he currently recruiting heathens for another attempt at slaughtering all male Jewish infants? News to me.

Circumcision is not some warped ritual that blood-loving Jews get a kick from — it is a central part of their belief system, and has been for thousands of years, emanating from Genesis itself, in which God says: “And ye shall be circumcised in the flesh of your foreskin; and it shall be a token of a covenant betwixt Me and you.”

That modern-day officials, commentators and religion-bashers would so casually float the idea of banning this ritual, of effectively tearing up the covenant that Jews believe exists between them and God, reveals how cavalier they are about religious freedom, how intolerant of faith they are, how willing they are to stamp over any belief system they don’t like or don’t understand. …

Lawmakers and assorted atheists are turning children into battering rams against religious liberty. I find that infinitely more grotesque than circumcision.

O’Neill’s concern for the future of Jewish lads is unwarranted. No one in this debate is threatening their wellbeing or their future, with the possible exception of the mohels who are paid good money to cut and tear off infants’ foreskins — and who sometimes orally suck away the blood, occasionally infecting the infants with herpes, and in rare cases killing them. Serious complications and accidental amputations have been known to occur.

Even if I saw religious doctrine as a gift from the heavens, a balm for humankind’s tattered soul, I can’t imagine I’d want any part of my child’s healthy body snipped off. More importantly, the child can’t be said to want it either, being too young to give consent, and inevitably being none too happy during the procedure.

Unlike religious belief, which may gather strength or ebb away as adulthood sets in, circumcision is irreversible. It makes sense to let each individual make a decision only once he or she is old enough.

And yet… I’m on the fence about a child circumcision ban. My giant reservation about the Scandinavian proposals is that they might have the unintended consequence of putting more children at risk. It seems likely to me that, if ritual circumcision is banned, many parents will either attempt the procedure themselves, or hire quacks to perform them. The consequences could be dire.

If I had a say, I might vote against the Scandinavian plans solely for that (practical) reason. Philosophically, though, my sympathy lies entirely with the Hippocratic and Humanist values that hold that no child should be subjected to these shockingly unkind cuts.