Just a couple of days ago, I wrote about how Georgia Republican State Rep. Dustin Hightower (below) was introducing legislation that would legalize student-led, administration-supported proselytizing at football games, during morning announcements, graduation ceremonies, and anywhere else where students had a public forum. 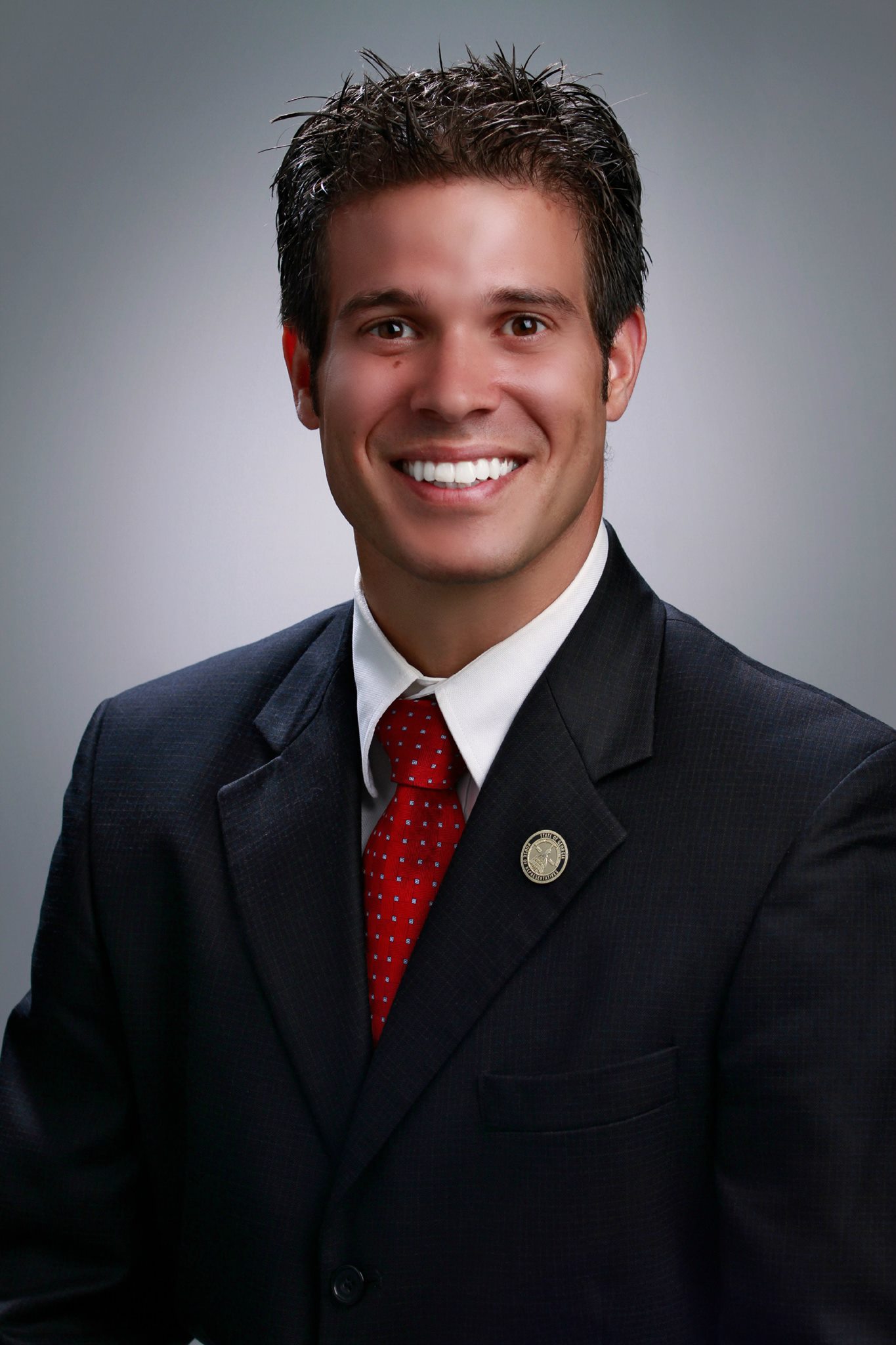 The same law was passed last year in Mississippi, as well as Texas and Tennessee.

And the same kind of bill is currently going through the state legislature in Virginia.

Senate Bill No. 236 was introduced by State Senator Charles W. (Bill) Carrico, Sr. and passed through the Senate last week on a 20-18 vote. (One Democrat, Phillip Puckett, voted for it while one Republican, John Watkins, voted against it.) It’s currently in the House Committee on Education, where it’ll likely pass on to the full House, where Republicans hold a 2:1 seat advantage.

The Roanoke Times issued an editorial telling lawmakers they “should be prepared to defend the mandate in court”:

He may fervently believe this will protect schools from litigation by religious minorities and nonbelievers, but that is arguable.

The Virginia School Boards Association is so certain a disclaimer would be a fig leaf, leaving school divisions exposed, that it asked the Senate Committee on Education and Health to add a provision authorizing the state attorney general’s office to defend school boards against lawsuits.

Shamefully, the panel advanced it unchanged.

The state should be prepared to reap what it sows if its political leaders insist on sowing confusion where the law now offers clear guidance on a constitutional conundrum the U.S. Supreme Court even now is mulling: Where does individual religious liberty end and government sanction begin?

As the line now is drawn, Carrico’s crusade to return prayer to public schools invites a lawsuit.…

It may not make a difference at this point, but if you live in Virginia, contact your delagates and tell them to vote against this bill.

January 29, 2014
Nearly a Year After Killing an Atheist Blogger, a Muslim Cleric and Six of His Students Are Charged with the Crime
Next Post